Unwanted girl babies . . . and the sought after male heir (2)

I was wrong about SA in the blog I wrote yesterday. SA delivered a boy and that too uneventfully at around 7 am today. Since the pregnancy was complicated the nurses had called me for the delivery. As I walked back home, I berated myself on the tendency I’ve to jump into conclusions. I was very sorry that I ended up writing about SA on my blog. I mumbled an apology to the good Lord about my evil heart. 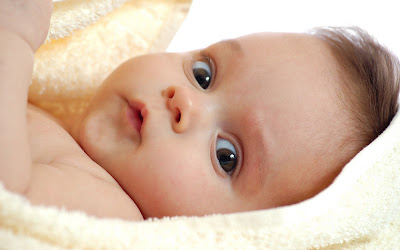 I reached back to the office at around 8:30 am. There were a host of male relatives of SA waiting to see me and they were so profuse in thanking me for ensuring that the delivery went well without any complications. There was quite a lot of things to do and since I did not have anything much to do with SA, I became immersed in the office work and a quick review of the sick patients. It was sad to see that PD continued to be sick.

At around11:00 a m, I had a surprise with the RSBY officers from Ranchi coming in to sign the papers related to implementation of RSBY in the hospital. It was a surprise. In between the signing of the papers, I could see SA’s father peeping on and off into the office. Considering the complications SA had, I called him in and asked him what the matter was.

SA’s father wanted me to review the baby. I asked him if there was any problem which he immediately denied. I told him that I would come in a couple of minutes. SA had got admitted in the general ward the previous day. Therefore, I went there in search of SA. The nurse told me that SA’s family took a private ward in the morning.

I went to the private ward. SA and her relatives were there. The husband was beaming as he handed me a box of sweets. He told – ‘we thought that the baby was a girl’. I asked if they knew for which he gave some vague answer. Well, I put things together. I could see no other reason why they shifted out from the general ward to the private ward.

During my last stint in NJH, we had received a very sick mother about whom we could not get a diagnosis. Her only complaint was that she had attempted to abort and then her bleeding was not stopping. Dr Colin Binks, our consultant surgeon during that period started to do a curettage of the uterus. And then, he found out that there was a perforation of the uterus.

And so, the patient went in for a laparotomy. And what we found out was gruesome. Inside the peritoneal cavity was a macerated female fetus of about 30 weeks. And there was a large rent on the posterior wall of the uterus. Somewhere, they had made a diagnosis of a girl baby and had attempted to abort resulting in the gruesome end result. The mother made it after a closure of the uterine rent and a long recovery period.

Then few months, before I had taken over, there was a attempted abortion at 32 weeks – the relatives were given a diagnosis of a female fetus from some ultrasound clinic. And when the delivery happened, it turned out to be a boy – which had died during the process. Many of the staff still recollect the unforgettable expression of grief by the family – one of the senior sisters had told me that the cries of the family members still echoes in her ears.

I’ve my fair doubts if SA and her family had got into a similar predicament. But, they were lucky.

Or is it again my intuitions. I’ve been reading Sherlock Holmes and his exploits of late. . . But, here I’ve enough evidence to support my intuitions . . . Haven’t I? Before I sign off, a penny for your thoughts for PD who continues to be on the ventilator . . . Request your prayers . . .
Posted by Jeevan at 6:09 PM