Patients who taught me - 1 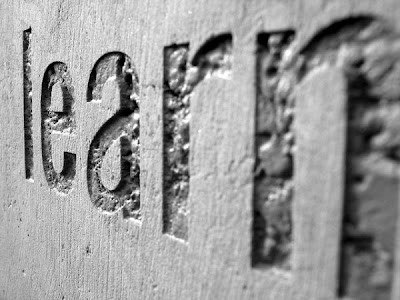 Patients teach us a lot about life. And I’m sure that they are not one-off incidents. I’m thankful for these patients who instilled qualities in me which I value very much.

The first incident occurred during my previous stinct at NJH. Ms. RK was a 9 year old girl who came to us with a perforated intestine, most probably following enteric fever. The family did not look poor to not afford surgery at our place.

The treatment which included surgery went on without any hitches. Their total bill had come to around 12000 INR. Since there was not any complications and the admission period was uneventful, we did not remember much about RK and her family.

Not until about 6 months later.

I had been part of setting up a TB Clinic at another hospital about 100 miles away from our place. I usually travelled to this place by jeep early morning.

In one of the trips, I stopped at a wayside shack for tea early in the morning, when this middle aged man who was making the tea came out of his shop and touched my feet. He told me that we had saved his daughter’s life some time back.

I could not place the identity of the family till RK came running out from behind the shack.

The shack comprised mainly of 4 heavy pieces of wood in the corners and plastic sheets and sack cloth dividing the space into 3 rooms. Bricks were arranged in a very haphazardous manner to make the outer walls.

It took me some time to recognise RK.

I was surprised at the severe poverty in which the family lived. The father was ready with the tea.
As I sipped the tea on that cold winter morning, I asked the father how he was able to pay our bill 6 months back, considering the poverty he was in. I was in for a shock.

The father replied, ‘We had seen better times till RK fell sick. By the time, we reached your hospital, we had already spent about 20,000 for RK’s treatment. It was just after planting our crops that RK fell sick. So, I did not have any money with me. Therefore, we had to take a loan from the local money lender. Unfortunately, the crops failed because of a poor monsoon. We had to sell our home and the little land that we had to repay the money lender. After that, our life has been this shack.’

He took me about 50 metres down the road and pointed to a hut, much better than their present residence and told me that they used to live there before RK fell sick.

The winter appeared to sort of envelope me in a terrible chill when I heard this.

We had not even bothered to ask the family about their resources when they came to pay their bill.

The family was very thankful that their little girl did well after our treatment. There was no hint of any remorse in the father’s or the family’s conversation with us about the poverty they were dragged into because of their daughter’s illness.

But, I learnt a very important lesson. I’ve heard only about statistics of how 40% of poverty was caused by ill-health in the family. I was seeing a real life story of one of our patients.

From then on, I make it a point to enquire if our patients our selling their only possessions to pay their healthcare bills. Yeah, the situation has occurred because of a poor public healthcare system.

I’m sure that I may be taken for a ride by many of my patients when they know about my attitude towards patients who have to sell their land or homes to pay for their treatment.

However, I believe that there will be genuine patients who’ll be benefited for life if we enquire about where their resources come from.

The ultimate answer would be to push for a well oiled and competent public healthcare system.

But till that happens, mission hospitals like ours can make a difference in the lives of at least few of such families.
Posted by Jeevan at 8:47 PM