Over the last few days, it has been quite busy. The reason that my blog was silent was partly because of laziness and partly because of my not being on call during these days. Winter is yet to leave us and the number of patients at night are not that much. However, we’ve had our share of very very sick patients, most of whom found healing.

One of the common things we find here are patients who have been rather embezzled of their money by doctors who are a shame to the profession.

We had a typical one today.

The lady, MeD, a 28 year old who’s being married for about 10 years came in labour. Although this was her third pregnancy, she did not have any live issues. Both her previous pregnancies had died, the first one died within a day of the delivery which had taken place at home; the second one died within a week of delivery in a clinic.

Both deliveries had one thing in common – the labour was a long affair and the baby had not cried at birth.

Well, I was surprised to see quite a hugh file being brought in by the relatives. She had been on treatment from one of the posh hospitals in a faraway city to ensure that this baby survived.

As I went through the records, I was stunned to find out that MD had undergone all possible evaluation for infertility . . . her second delivery was not even one year back. 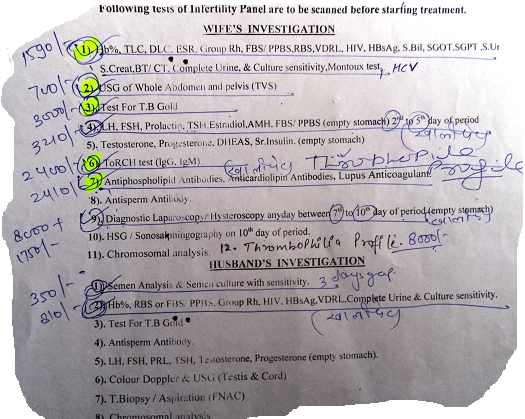 The list of investigations was huge . . . I saw one bill which totalled about 20,000 INR. Even after she had conceived, she underwent serial ultrasounds . . . I asked the husband if he had any information on why the previous two babies died.

She also received quite expensive medications which I thought was not at all needed. 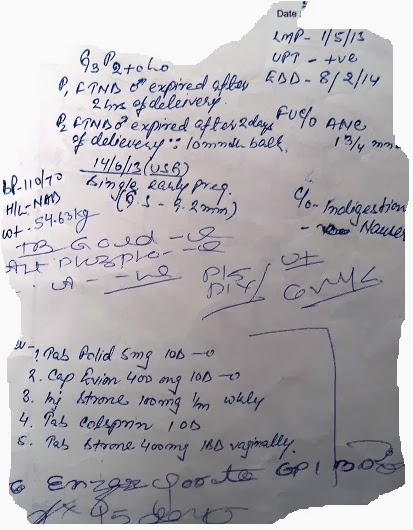 He told me that he was told that the VDRL was positive. However, all the records of both husband and wife showed that VDRL was never positive. And it was so surprising that the husband was all praises for the doctor who was rather looting them.

It is so so sad to see a young poor couple taken for a ride like this by a clinician who had multiple degrees printed after his name.

By the way, MeD delivered within half an hour of her arrival into the labour room. The mother and the baby has been doing fine so far and we thank the Lord that we could be part of the joy of this couple. However, I’m horrified at how this poor couple has been fleeced off quite a lot of their money and they being of the impression that they’ve had the best treatment possible to ensure a live baby.


The couple was all praise for the big hospital in the city who gave them all the 'world class expensive treatment' that has ensured a healthy baby . . . of course, the joy was immense as it is a boy baby. The previous two who died were also male babies . . .
Posted by Jeevan at 10:56 AM