Today, I am in Ranchi for a project committee meeting of the Injot Project, which serves the Koel Karo region of Khunti District.

A major news item in today’s newspapers is of the death of 2 young girls who were off to Delhi (rather taken to Delhi by a broker) in search of jobs. The broker had promised them well paying jobs. Thepapers report that these girls have died after falling sick during their time in Delhi. One of them died soon after she arrived in Ranchi and the other died in Delhi. An effort is being made to do a post-mortem on the first girl and the latter one’s body is kept in the Safdarjung hospital.

Human traffikking is a major issue in our part of the country. I don’t know the statistics. And I’m told that nobody knows about the real picture.

And it’s quite organised. I’m also sure that this would not happen without the knowledge of the so called leaders of the land.

Both these girls are 12 years old. For many, this is a necessary social evil. The poverty at home and the culture of giving secondary status to the girl child contribute to such incidents.

I understand that there are many instances where the parents hardly bother about their own children especially girls after they migrate elsewhere in search of work. The attitude is that there is so much poverty at home that even if they return, it would be difficult to feed them.

I am told that one of the girls’ parents in this incident was not even bothered to file an FIR.

I wonder if these two young girls did not fall for the violence to which women are much subject to in our country. I hope that a post-mortem is done on both these girls.

Nobody is sure about the number of girls/women who are subject to human trafficking who end up in the flesh trade.

There are quite a lot of organisation and individuals who are fighting this dreaded trade. The question is about issues such as education, job security, family ties, respect to the female gender etc. which need to be in place if such incidents are to be stop from happening.

Below are clippings from other newspapers . . . 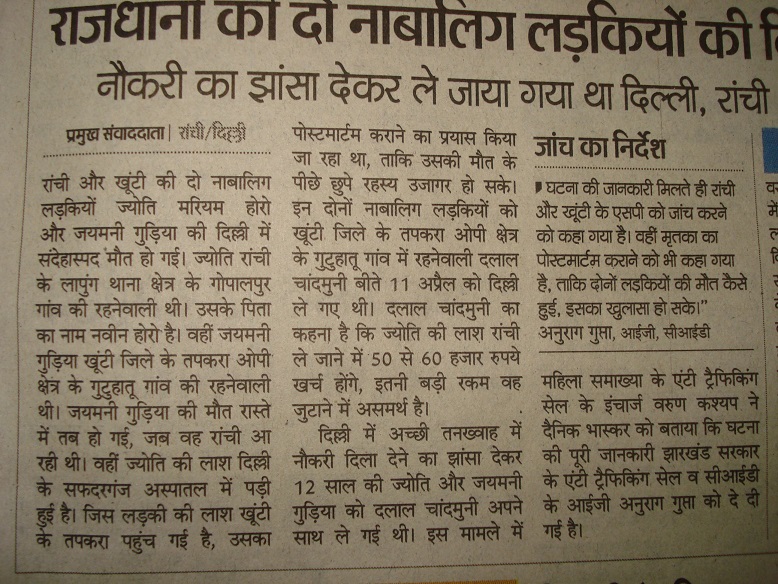 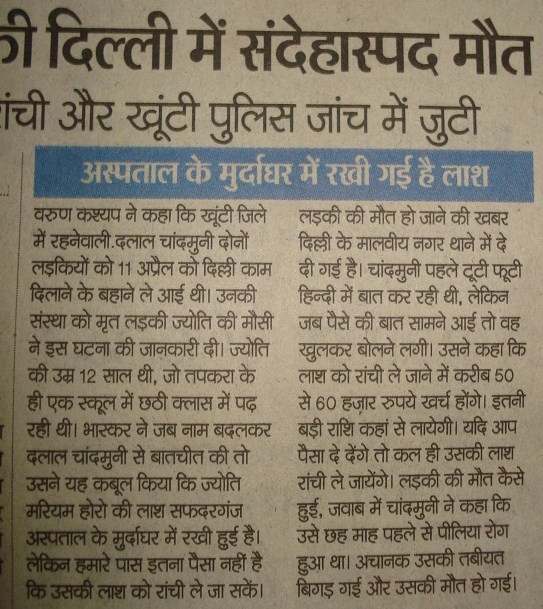 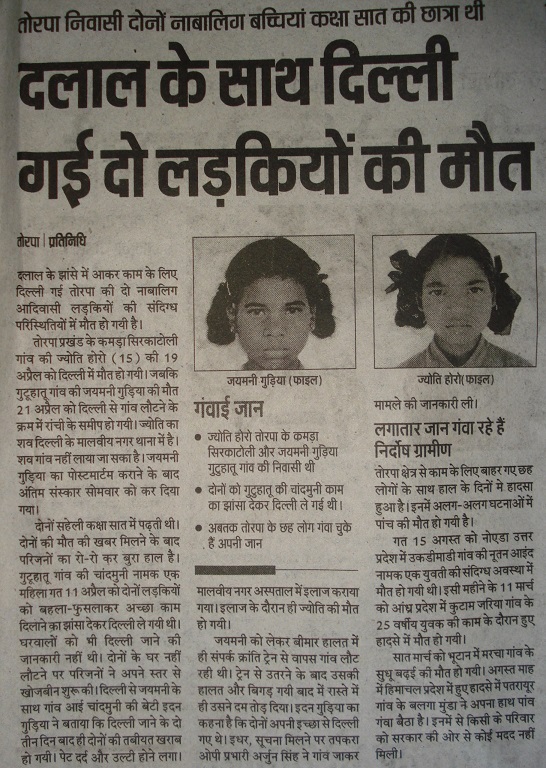 PS: There was a newspaper report in the Indian Express today about this incident. And later another good article in The Hindu.
Posted by Jeevan at 11:08 PM