Well, many of you may not know what does a 'bandh' mean. Well, it's basically the term given for a general strike in India. There is one more name for a general strike . . . hartal. For me, a native of Kerala and a present resident of Jharkhand . . . both the words are quite familiar. During my school days, we all used to look forward for a bandh as that would mean a welcome break from school. Now that I head an institution, a bandh is not a very welcome word as that would mean a decreased patient flow to the hospital and a hurdle in procuring supplies. 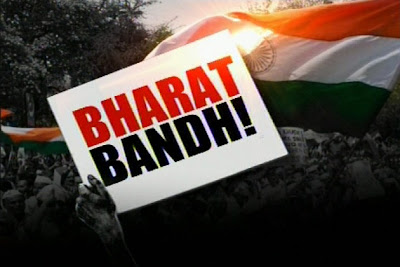 Yesterday was the 30th bandh of the present financial year in this region. There are umpteen bandhs organised at the national level, state level, district level and now even at the panchayat level. We've had many occasions when a visit to the nearest town, Daltonganj or the state capital, Ranchi had to be cancelled midway as the locality through which we were travelling had organised a bandh.

We had 2 days of bandh occurring quite close . . . 20th was a Bharat Bandh against multiple issues especially the hike in diesal prices and 22nd (yesterday) was a state wide bandh organised by teachers to protest against the government not giving in to their demands. Usually, it is announced that most of the bandhs exclude essential services like healthcare . . . However, ultimately no-one is totally immune to these bandhs. 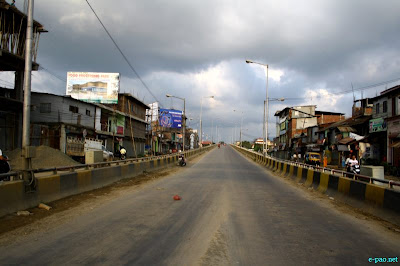 For us, the lack of regular medical and surgical supplies ensue that even a bandh day could become crucial in the smooth running of the hospital. 2 days of bandh in a space of 3 days with 23rd being Sunday has brought in havoc. On the 19th, we had taken enough plans to store enough cyclinders. Unfortunately, our plans were done all awry by a heavy demand on oxygen supply because of two eclampsia patients and one krait bite on ventilator. Another unconscious patient brought in by one of our close friends only made matters worse.

It is quite a paradox. Many a time, one feels that the reason for calling a hartal or bandh is quite justified. But the amount of damage it does to people is something totally unacceptable. On one hand we hear about so much million rupees lost because of the strike . . . But, we do not hear much stories about individuals and families who lose out because of a bandh.

The young guy on the ventilator has been on it since the last 5 days. The oxygen supply to the ventilator is going to run out any moment . . . And then, it will just be atmospheric air being pushed into his system. He has started to respond after almost 4 days in the limbo . . . GCS of 3/15.

There had been occasions when patients who were ready to go to a higher centre could not proceed on account of a bandh.

I'm afraid that few of our patients are going to lose out. They have come here because they are too poor to go elsewhere.

I've failed them by not ensuring that we have enough oxygen cylinders. There was a time when 8 oxygen cylinders used to last a week. Now we need at least 5 cylinders a day . . . With no bandhs I would not have had any difficulty at all . . . We have about 12 cylinders of our own and the daily school trips ensure that we have an uninterrupted supply.