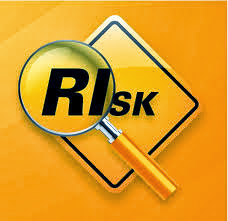 We had a very high risk delivery in our Labour Room yesterday (12th October, 2013).

SD had come in almost in second stage sometime late afternoon. It was her first delivery. She had been in labour since midnight elsewhere. The family felt that the labour was not progressing. After doing the per-vaginal examination, I also felt that she may not deliver normally. However, there was a minimal amount of malrotation of the head. We took a decision to wait for an hour for a normal delivery.

As I went to talk with the male relatives, I got another history which the female relatives accompanying SD did not give. (In our labour room, female relatives accompany the patient inside.) SD had been having very high fever since the last week. She was on treatment on and off. When I came back, the nurse on duty told me that SD was febrile. We send off the basic blood investigations. Anyway, we planned to wait an hour before we took her up for a Cesarian section.

The lab guys were in a frenzy to get back with the report. The major issue was that SD had Vivax malaria and her platelet count was only 20,000. Meanwhile, there was the call from labour room saying that SD is delivering. I could only think about SD bleeding to death soon after the delivery. The whole team knew we could be in for a maternal death.

Over a space of 10 seconds, we had a plan put in. Roshine, our medicine consultant was going to overlook the general well-being of the patient, Titus was going to take care  of the baby, the lab guys were trying to arrange for a fresh pint of blood, I was going to take the delivery. The plan was to put a vacuum without an episiotomy. The justification that a episiotomy could result in freshly cut vessels which could bleed. And then, there was a prayer on everybody’s heart that we would not lose the mother or the baby.

Everything went according to clockwork. The baby was as predicted sick. Titus and his team of nurses did a superb job. Roshine was happy that she did not have to do anything heroic. There were few small lacerations which were bleeding. We initially thought that we were not getting the bleeding controlled. Off went a call to Dr. Shalini, our obstetric consultant at EHA Central Office, who advised us to just keep pressure on the lacerated areas. And to try to get at least a pint of fresh blood.

We had our nursing students who enthusiastically kept guaze pads pressed on the lacerated areas for almost an hour. She was still oozing. Someone suggested that we pack the vaginal vault with guaze. It worked.

Now, the question was about getting some fresh blood. Her blood group was A positive. Before one of us could volunteer, we thought of asking the relatives to donate. The effect was that all the male relatives expect one old man disappeared in no time. Nobody wanted to donate.

However, SD was doing good. It did not look like she had a platelet count of 20,000. However, it was true. Couple of people had double-checked it.

We thought of not giving her a fresh pint of blood. It was risky for her. However, it was illegal too to give UDBT (Unbanked Direct Blood Transfusion). The fact that her relatives did not want to donate blood made us take the tougher stance of no staff donating the blood.

It’s more than a day since she delivered.

A UDBT would have given us a bit of comfort. I could have easily requested one of the staff to donate blood.

I hope our decision will stand vindicated. However, the plight of this lady is quite same as those whom I mentioned in my previous post. Blood donation is something about which more awareness needs to be made. And UDBT is something that would do quite a lot of good for hospitals like ours. But, with poor awareness about blood transfusions, even UDBT would be of not much use.


At the end of the day, I’m thankful to God. I’m certain that its patients such as SD that make mission hospitals quite a great place to be.
Posted by Jeevan at 2:26 PM