We have been talking about a separate facility for the management of burns patients at NJH for quite a long time.
The initial process of deciding on the final details had been going on for the last one year. Sometime during last February, we had Dr Ron Hiles do a symbolic removal of a brick from a portion of the building which we plan to renovate as part of the burns unit. 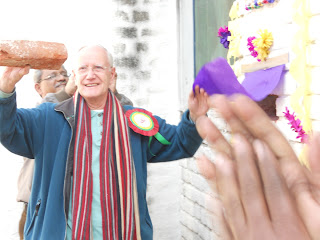 There are 3 key people who have been very instrumental in pursuing the dream of a separate facility for burn patient management at NJH. Dr Colin Binks, who was the surgeon at NJH for quite a long time – almost 30 years, Dr Ron Hiles, consultant plastic surgeon from the UK who has been regularly visiting NJH since the last 25 years and Ms RuthAnn Fanstone, consultant at Interburns.
Later, I had the opportunity to be part of a Burns care workshop organized by Interburns in Srimongol, Sylhet, Bangladesh. It was a great time where I could grasp more concepts about the setting up of the burns unit at NJH. 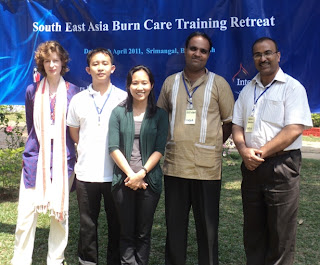 RuthAnn was with us in September, where further discussions took place on the organization of the burns unit and we were well set to start the process of constructions.
The construction was kicked off with few of us starting off the digging for the foundation of the building sometime in early October. 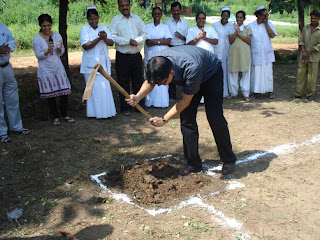 Later, during the celebration of the Golden Jubilee, Dr Ron Hiles and Dr Santosh Mathew laid the foundation stone for the building in the presence of quite an august audience. Work has been progressing since then. 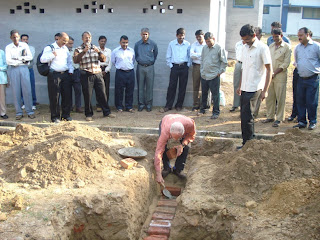 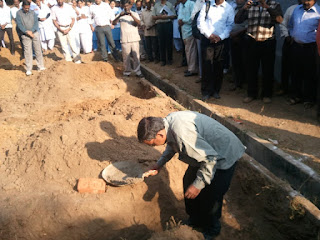 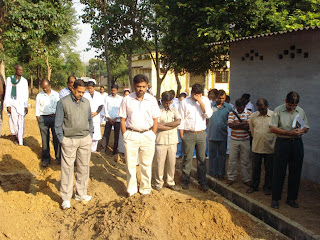 We have started the construction of the building in faith. The total budget for the building is about 32, 00,000. As of now we only have about 25% of the money. We depend on the Lord for the rest of the funds necessary to complete the construction. And we need to get it quite fast as delay in the completion would only raise the costs involved.
In addition, we also need a good committed and dedicated team to build around Dr Nandamani who leads the initiative. As the work among burns patients are on the increase, we also look at the possibility of having one more surgeon who would be able to shoulder the increasing number of general surgery patients.
Please keep us in prayers and do respond in whichever way possible.
Posted by Jeevan at 1:47 PM