Last week, someone called to ask about the kitten which had made our hospital it's home.

It was only then that I remembered that I had not followed that post up.

Why we selected the name? I don't know.

For some reason, it was so difficult to take a snap of his.

To start off, he stole her snack couple of days back. Then, he allowed her to take his snap.

I had been trying to get his snap for quite some time, but without any success.

Of course, we have no more mice in the hospital. He's also taken off all the lizards from the hospital. Last week, I found him eating flies and beetles which came attracted to the lights in the night.

However, considering the amount of work that he has put in over the last year, this year is going to be quite an easy one for him. 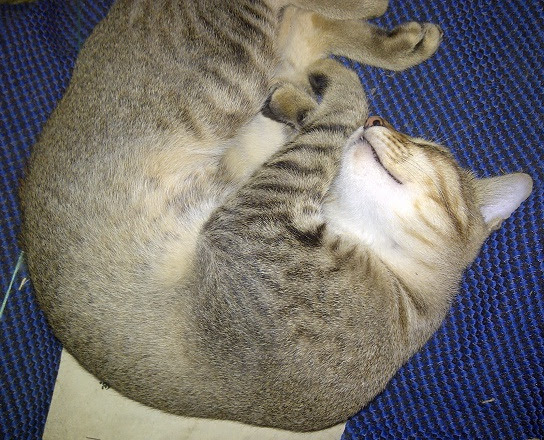