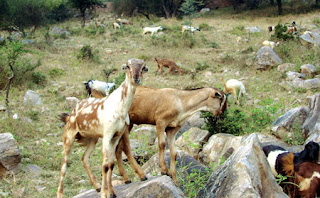 In the changing scenario of the country, when there is a push towards vegetarianism, I can only wonder at the fate of the poor who will have to look for other avenues of income. Or maybe, there will be no more poor . . .
Posted by Jeevan at 3:26 PM