As I write up about the different patients to come to us for care, I always pray that things get better as each day passes. Unfortunately, it does not seem so. The number of patients with rupture uterus and eclampsia continue unabated. Of course, on and off, we get patients who were saved from certain death because of timely intervention . . .

But, one lady who came yesterday broke all limits of imagination on how careless and ignorant can people be when it comes to obstetric care. . . 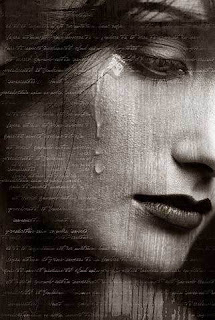 I was in Out Patient yesterday (13th April, 2012) when at around 2 pm, a lady with a distended abdomen was wheeled in. The history was that she had a normal delivery on 10th April elsewhere following when the abdomen got progressively distended. They also told me that somebody had diagnosed her to have a rupture uterus following the delivery . . .

The lady has been married for 12 years. . .  and the family did not have children for about 8 years. The first delivery was a tragedy. For reasons unknown, she ended up with a Cesarian section, but lost the baby. . . The next two deliveries were normal . . . and one done at home and the other in hospital ! ! ! In between, she had 2 abortions.

Then came the fourth one, they tried a home delivery . . . but started to have difficulties, for which they came to the district hospital. She ultimately delivered normally. The baby was dead but she started to become sick. She was brought to us in a terrible shape on 11th April, 2012. So, she was P4L2D2A2.

It was obvious . . . the uterus had ruptured. Her Hemoglobin was 4 gm%. We asked the relatives to get blood. She had about half a dozen male relatives but nobody was ready to give blood.

It was fine, if there were no relatives to donate blood or if all the relatives got their blood group checked and then none of them matched. In such a situation, many of us from among staff have donated blood to patients.

We told the relatives that they better take the patient to Ranchi. They did not hesitate to take her away.

We had forgotten about her.

And then they came back yesterday. We shall call her AD. Now, it took some time for me to discover that AD was the same patient who came to us on 11th April, 2012 and was supposedly taken to Ranchi.

So, I was quite inquisitive to find out what happened after the relatives took her from here on the 11th. It seems they took her to the district hospital in the adjacent district. They told her everything will be fine once blood is transfused. And they managed to get hold of 3 units of blood. . . Nothing else was done.

It was obvious that the patient was deteriorating. Later, someone told them that this sort of patient can only be managed at NJH or Apollo. And, therefore, she was brought here a second time.

The patient was obviously sick. The hemoglobin was 10 gm%. She was dehydrated. We were sure that we will operate only if we had at least one pint of blood. Unfortunately, the relatives were not relenting. It required quite a lot of counselling from our side. I'm glad that they arranged one pint of blood today morning (14th April). As I write this, Dr Nandamani would have started operating.

Now, major lesson learnt here - lack of adequate medical facilities within the country. I had written quite a mouthful on a new act which is going to be implemented soon. What will patients like AD do when such a act is implemented?
Posted by Jeevan at 2:26 PM