I now live in a quaint small town called Barwadih. Along with the task of giving leadership to Community Health work at NJH, I help out in a small dispensary run by a congregation of the Catholic Church.

The local population is well serviced by a Community Health Centre of the government which is just next door as well as umpteen numbers of quacks in the surrounding villages. I understand that the total population of the region is around 50,000.

Most of the patients here usually come for a second opinion when they don’t feel well after a consultation elsewhere. Quacks are much preferred than the Community Health Centre where there are at least 3 doctors at any time of the day.

Over the last 2 weeks, I’ve been overwhelmed by the prescriptions that many of such patients received elsewhere where Ofloxacin in some form has been given. We noticed the same during our tenure at NJH too. Fevers of 1 day duration, sore throats, skin infections, suspected enteric fevers, urinary tract infections – all of them got ofloxacin.

The patient that prompted me to put in this post was one 10 week old boy who came with classical seborrhoeic dermatitis. He was prescribed Syrup Ofloxacin-Ornidazole and Ofloxacin ointment (I never knew there was an ointment preparation).

As far as I know Ofloxacin was an antibiotic we used when resistant strains of salmonella was suspected, a bad wound infection or after abdominal surgery.

I shall be much obliged if consultants in medicine and microbiology can comment on this unfettered usage of this antibiotic in remote areas of the country. I'm sure this is a easy recipe for antibiotic resistance . . . 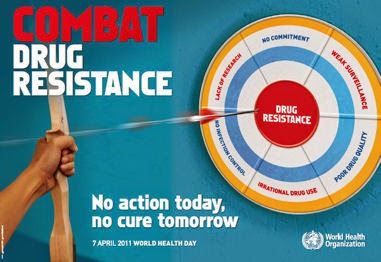