Few days back, a mother brought her 10 year old boy to the clinic. Her complaint was that the boy told her that something was wrong with his private parts. I asked him what the problem was. He told that he is having severe itching and there is infected wounds filled with pus in his genital areas.

After quite persuasion, he agreed to let me examine him. His scrotum and penis was covered with pus filled ulcerated areas. There were few lesions which appeared to have healed resulting in quite bad scars in his scrotum and penis. I asked him if there was pain. He told that the pain was tolerable, but what he could not tolerate was the itching at night.

There was only one diagnosis – scabies with secondary infection. However, I had never seen this much extent of secondary infection in scabies. After advising the parents on the possible diagnosis, I got assurance from them that they would come within couple of days after I start treatment for review.

I was surprised to find the boy back after couple of days. He appeared quite cheerful. Once I was inside the clinic, I realized that the parents and his brother also had registered themselves for check-up. To my horror, all three of them had scabies over various parts of their body. And for the boy on whom I had started antibiotics, all the pustular lesions had healed and the lesions which are very typical of scabies was very obvious.

All four of them were started on topical applications to treat the scabies.

However, I was in for another surprise later that day. For the first time in my life, I saw an infant of less than 2 months of age with scabies. Of course, the mother also had scabies infestation on her body. The interesting thing was that the mother never thought of the skin lesions very seriously. Her main complaint was that the baby was crying throughout the night as if he was in pain. Little did she know that the itching was bothering the baby. 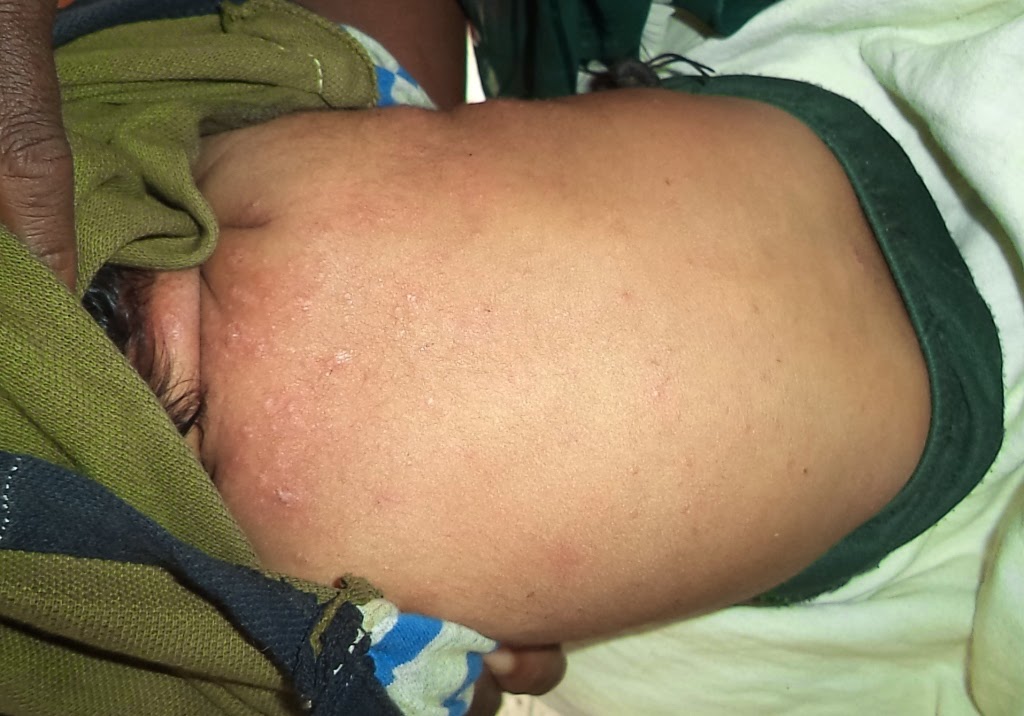 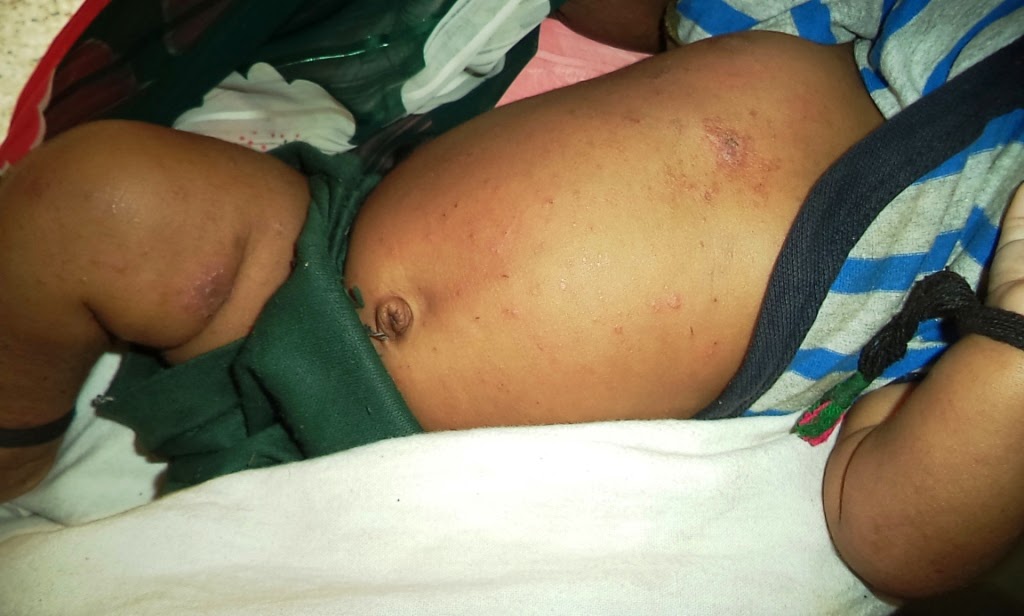 Scabies as an indication of poor personal hygiene.

Yesterday, I was on a field visit with Prof. Haider, Professor of Birsa Agricultural University. It was very obvious during the visit to most villages that the drought has started to affect the daily activities of the villagers. Water was a precious commodity. Taking bath even once a day was a premium. The women were the worst affected.

The issue is that treatment of scabies also involves advise to take bath regularly as well as to wash all clothes, especially undergarments in boiling water. I wonder how this family is going to find enough water to do all that.

I’m sure that I would be seeing a lot more of scabies over the next few weeks. I would also be interested to see what other diseases can a drought bring about. With an obvious issue with food security, my gut feeling is that we would be seeing an increase in the number of chronic infections especially tuberculosis.
Posted by Jeevan at 10:33 AM