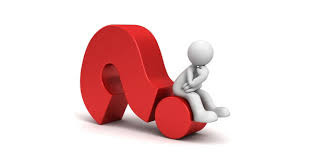 A 55 year old gentleman had come to us with seizures and hemiplegia about a month back. The arrival of this guy into emergency department was quite dramatic. He was quite a huge guy and he was throwing up multiple episodes of seizures. However, his seizures responded well to routine anti-seizure medications and a CT Scan of the brain showed multiple lesions suggestive of neurocysticercosis with perilesional inflammation.

He was put on Albendazole, steroids and anti-seizure medication.

Last week he came for review. As I talked with him, I inquired quite casually if he rode any vehicles. I expected him to say that he did not ride any.

Instead he asked me why I asked him that question. I told him that while he is on the medications, he cannot drive any vehicles.

He started to sob. He told me that he had been a driver all his life. That was the only job he knew. He had been having seizures since the last 10 years and was thrown out the job from many places as he developed seizures in the middle of his driving.

It seems nobody told him that it could be healed, although he would have needed to retrain for another job. In fact, when he came to us first time last month, his family had bluffed to us that it was the first time he got seizures.

Once his sobbing stopped, I asked him on what he did now for a living . . . I was shell shocked by the answer.

I tried to reason with him that being a patient with history of seizures on regular medication, and that too with multiple neurocysticerosis lesions in brain, it would be a hazard for a whole lot of people including school children.

He started to weep. He told me that it was with much difficulty that he got this job. He and his wife did not have any support from their daughters, who were all married off in far away places. His job was the only source of income . . .

Now, what do I do? Give it to him in writing that he cannot drive. Call the school for which he worked and tell them that it was dangerous to have this guy as a driver for their school bus . . . Tell him, that I could recommend him for a job . . . but then, he only knew to drive . . .
Posted by Jeevan at 4:04 PM