The Danger of Searching

As Mahesh took lunch he was looking forward to play cricket with his friends soon. In spite of his father urging him to eat slow, he ate fast. One of his friends was already in front of Mahesh's home. He reminded Mahesh to bring the ball when he comes to play.

Mahesh knew very well where he kept the ball after the previous day's play. He had rolled it under his bed where it would be safe among couple of sacks of wheat from the winter harvest.

Soon, he was through his lunch. He could not see where he was supposed to search. As he groped the wheat sack searching for the ball, he felt a searing shot of pain on his left hand. Something had bit him. Then, he saw it. It was a black snake.

He screamed for help. His parents rushed to him and he told them that a snake had bit him.

As in most of rural India, the natural response was to rush him to a witch doctor. That's what everyone does. However, Mahesh's father knew quite well about the mission hospital 15 kilometers away which was good at managing snake bites.

After some time at the witch doctor, the father took the initiative to bring Mahesh to us. By the time, Mahesh reached KCH, he had already stopped breathing and he only had his heartbeat. Dr. Krupa had him intubated in no time.

With anti-snake venom being infused and Injection Atropine and Neostigmine being regularly given, we expected him to come out of respiratory paralysis soon. Considering the description of the snake given by the father as well as the massive amount of swelling at the bite site, we could easily come to the conclusion that it was a cobra bite.

However, Mahesh did not respond to treatment till about almost 24 hours when he showed signs of recovery. Once he slowly regained consciousness, the progress was quite fast. 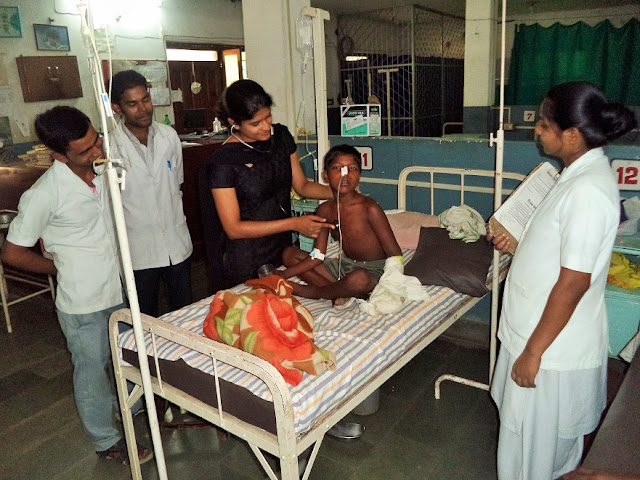 But, he had the major issue of some serious cellulitis affecting the bite site. He is on regular dressing and as soon as we have our surgeon return from vacation, we would be looking at the possibility of a skin graft. 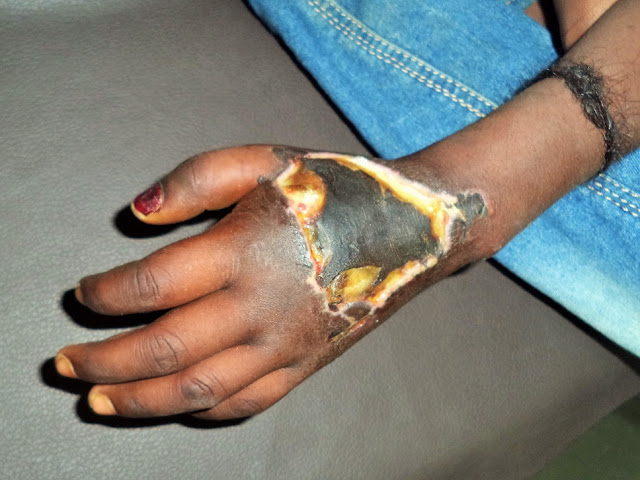 Now, a major learning point from patients like Mahesh is about avoiding snake bites by always looking at where you place your hand or feet especially if it is a blind spot. It is quite common to see snake bites where the victim was rummaging for something without looking at where he or she was putting the hand.
Posted by Jeevan at 12:54 AM