One advice we give to village folk to prevent snake bite is to avoid sleeping on the floor and rather using a cot. I've even seen advice to use a mosquito net to prevent snakes from getting inside the cot.

However, Mrs. Guddi did all of it. But still ended up with a bite. The culprit snake got onto her cot which was covered with a mosquito net and bit her.

She came to us about 10 hours after the bite. 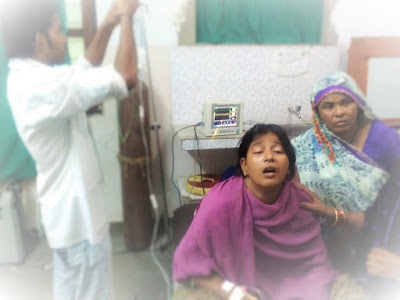 The family had killed the culprit snake and brought it along with them.

It was not their mistake that they came late. They had gone elsewhere where ASV was available.

Since I've started my service at Kachhwa, it is very obvious that hardly anybody in the nearby healthcentres have any idea about ASV usage in snake bite. Mrs. Guddi received 3 vials from elsewhere and when she reached us she was on the verge of going into respiratory depression.

It was a joy to see the young family playing with their little child the day before discharge. 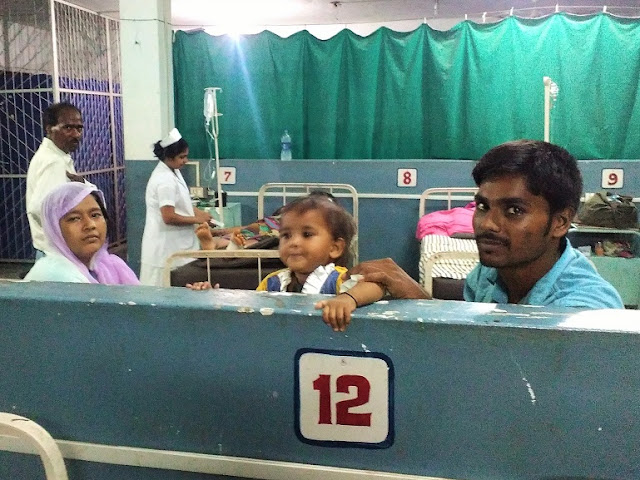 However, please note that there is evidence which supports the use of bednets to decrease incidence of snake bites.
Posted by Jeevan at 9:30 AM