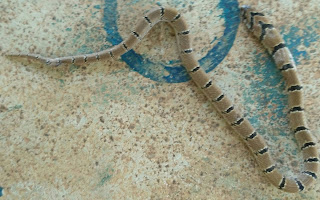 Couple of them appeared not much convinced. There was talk on taking her to another 'jhad phuk'. They carefully packed the snake into a bottle and was off for a second opinion.
Posted by Jeevan at 9:24 AM