The press has reported a United Nations Report saying that India is going to miss the Millennium Development Goal (MDG) related to maternal health. We had targeted to reach a Maternal Mortality Rate (MMR) of 109 per 100,000 live births by 2015. However, the MMR as of today is about 212 per 100,000 live births . . . a far cry from what we want to achieve. . . 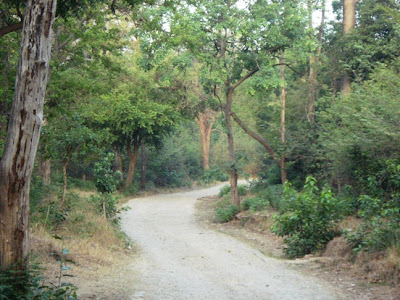 However, below is data related to diagnosis of the 89 maternal deaths which happened over the last 3 years - 2009-12.


We had been suspecting it for some time. Although this is institutional based data, a diagnosis of Eclampsia causing death in 57% of the Maternal Deaths over the last 3 years is a major finding.

Well, for the uninitiated, according to the 2005 World Health Report, the following are the causes of maternal deaths - - -

I did some calculations for the populations that we serve. I hope the following table is self-explanatory . . .

According to our rough calculations, NJH caters to about 75% of the Palamu district and 50% of Latehar and Garhwa districts - this means that in our catered population, we would have a total of 136 deaths every year . . .

There are documents putting the institutional delivery rates as low as 18% as well as those putting it at 50%. We estimate that about 30% of deliveries happen in institutions. Therefore, we recalculated and got the following statistics . . .


So, it means that 41 maternal deaths occurs in hospitals. However, this can be an underestimation as most of them had been trying for home delivery and reach hospital quite late after realizing of possibility of a complication.


2 of the patients had come from Gaya district. Well, table nos. 6 speaks volumes of the influence NJH has in the Maternal and Child Health Care in the region.

Well . . . there is quite a lot that we need to learn. We had looked at the possibility of a community based survey about maternal health care. Unfortunately, the clinical load has prevented us from doing it . . .

There are quite a lot of people who has put in their input behind this post . . .and I'm indebted to them. Just a couple of names without whom this would not have been possible. First of all, for a discussion with Dr Anil Cherian, the Director at Community Health, Emmanuel Hospital Association which stimulated me to look at this and Mr. Luke Gray who computerised all the records . . .

1. Is hemorrhage the commonest cause of maternal death in the country?

2. Eclampsia is a major problem in many of our rural areas . . .Does nutrition have a role in the pathophysiology of hypertensive diseases of pregnancy?

3. How serious is our public healthcare about maternal health?

To answer the last question . . . The saddest part remains that at least our local public healthcare authorities are hardly bothered about maternal deaths . . . We had been filling up the Institutional Maternal Death Review Forms since last August. It is going to be one year. I'm yet to be called for at least one meeting about this . . .
Posted by Jeevan at 3:15 PM