It has been more than 4 months, since we were empanelled under the National Health Insurance Scheme - called the Rashtriya Swasthya Bima Yojana. Our parent organisation, the Emmanuel Hospital Association has taken quite a bit of lot of effort that all the constituent hospitals are enrolled under the scheme as well more and more people are successfully enrolled.

Just wanted to put in some statistics related to the RSBY Programme for the three months of March-May 2012. 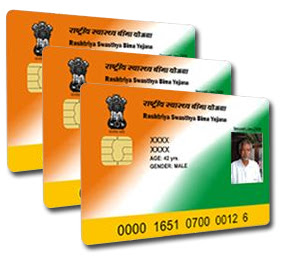 Regarding outpatient care, we've been giving free registration and consultation to all patients who come with RSBY cards. The statistics so far . . .

Coming to the in-patient care, the details are as follows -

If we convert into percentages this is what we have got -

Well, the above table (Table 3) tells us quite a lot . . . The major issue is with reimbursement. Now where are the challenges?

1. One of the major issues is the 24 hour clause kept for reimbursement. Let's look at an example. If a patient had come at 8 pm in the evening of 10th July, 2012 and we decide to keep him for 2 days in acute care. If he gets shifted out of acute care at 8 am on the second day (12th July, 2012), we receive only one day of ICU treatment. To qualify for 2 days, we need to keep him in ICU till 8:00 pm and then shift him out - which may not appear practical. The same appears for general ward patients too.

2. You may notice that the actual treatment costs was very near to the blocked amount. However, later, the situation changes and the actual treatments is almost 10% lesser than the amount which is blocked. The only explanation I have is the following -

a) During the first month (March) we had more of cold cases (hernias, hydroceles, cataract surgeries etc). From the next month (April onwards), we had more of emergency cases coming in the cost of care of which are on the higher side.

b) Another development during the same period was the increase in medicine cases.

3. Another area where we are loosing money is Cesarian sections. The actual costs is about 12,000 INR whereas the amount allotted is only 4,500 INR.

4. My surgeon was of the opinion that abdominal surgeries are under-alloted. There is almost always a need for blood transfusions which increase the costs.

5. Many a time, patient is referred before one day is over. In such cases, there should be a rule that we can take the bill from the patient.

1. We feel that the allowed amounts for blocking in medicine cases are on the lower side.
2. In emergency care (both medicine and surgical cases), the costs involved are usually on the higher side. A hernia coming for elective surgery is much cheaper than hernia coming for emergency surgery because of strangulation etc.
3. Severe anemia is a common problem in our region and is most often nutritional. Many times, they require multiple blood transfusions which are very expensive.
4. The rates for abdominal surgeries including Cesarian sections need to be revised.

1. Allot an addition of 1000 rupees for all cases (one time payment per admission) who come into emergency with acute onset of symptoms.
2. Delink blood transfusion costs from the RSBY package.
3. Increase ICU costs to Rs. 1500 per day and General Medical Ward costs to Rs. 750 per day.
4. Increase the rates of abdominal surgeries especially Cesarian sections.

We are quite happy with the support being provided by Star Health especially the State C-ordinator, Mr. Sarfraz and the district point person, Mr Sanjeev Bansal.

Considering that the hospital makes a loss of almost 20,000 per month on RSBY patients in the outpatient department, it would be good if the solutions suggested are implemented in some form or the other.

However, we would like to commit ourselves to the success of this amazing scheme in spite of the losses we've incurred. It goes well with our commitment to the poor and the marginalised. We are proud that we are associated with this.

The RSBY has already become quite famous for the impact it has brought about in the lives of the common man. We look forward to the day when the enrolment will cover almost the whole of the population and the burden of a imminent illness dragging people into poverty becomes a story of the past. . .
Posted by Jeevan at 3:46 PM