Maternal Death . . . The Third One

This is the account of the 3rd maternal death we had over the last 24 hours. 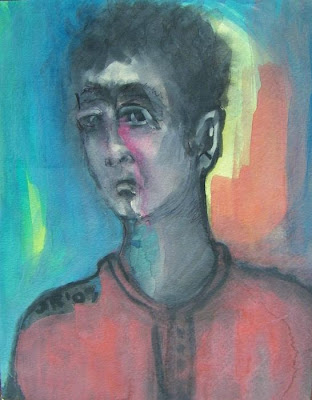 RKD was brought just in as we were doing the final and last attempts of resuscitation onMD. RKD looked dead except for the faint gasps. We intubated her and had her hooked to the ventilator. Her blood pressure was a whooping 280/175 mm Hg. Urine albumin was 4+.

RKD’s history was mindboggling and spoke volumes of the care available for women as well as about how expensive we were to the common man.

RKD who was about 7 months pregnant with her third child suffered her first bout of seizures sometime on the 29th of July. As is common, they summoned the local wizard to do the needful. The seizures were controlled and she did well.

She had another episode of seizures sometime on Wednesday, the 1st of August. Someone advised them to come to NJH, but someone else dissuaded them saying that it is expensive. Instead they went to one of the private hospitals in Daltonganj, where they were asked to come to NJH.

On Saturday, the 4th August, sometime in the evening, she suffered another episode of multiple seizures which continued over the night. The witch doctor was again summoned who told them that it was beyond his powers. She was unconscious by morning. They took her again to the ‘famous practioner’ in the neighboring district on Monday morning.

The ‘famous practioner’ also told them that the disease was something he did not have much control on. He recommended NJH.

Thus after all the efforts of running all around the district and the neighbouring district, they decided to come to NJH . . . just 10 kms away from their house.

It was around 2 PM on Monday, the 6th of August, when they finally reached us.

There was hardly any urine coming out. Her lungs were all clogged out. The conjunctiva was congested and edematous. It was only a matter of time. . . before the rest of her organs collapsed.

She arrested sometime during the midnight . . .

By the way, I’m going to the nearby village of Piperakala where there was a maternal death couple of days back. .. … They had brought the dead body to us. Shall post a report as soon as I return. . .
Posted by Jeevan at 2:06 PM