This is an account of the first of the three maternal deaths which came through NJH over 24 hours of last Sunday-Monday. This lady, SD was brought dead. We did not know till yesterday that she was from one of our nearby villages, Piperakala.

Later, we had 2 more maternal deaths which have been mentioned in my previous posts. 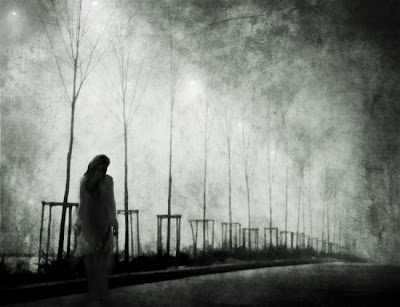 We found some time today afternoon to visit the family.

An old woman and a below 2 year old boy was sitting in a charpoy inside the house. The air smelt of rotting cow dung. Houseflies hovered all around the place. The old woman started to cry as we entered the house.

After introductions, we asked about SD. The old woman who turned out to be SD's mother told us that this was SD's fifth pregnancy. She had lost her second and third babies. The first child, a girl was about 7 years old. She came into the house weeping in the middle of our visit. The second child, another girl died at 10 months age. No one knew how she died. She had fever and then died. The third child was still born. The fourth child, a boy had just turned two.

SD had come to us sometime back for her antenatal check up. For some reason, we had given her a referral to Ranchi. I would need to get hold of the out patient chart some time.

Her contractions had started sometime on Sunday morning. It was quite uneventful. Sometime in the evening, since nothing much was happening, the family had summoned the Auxiliary Nurse and Midwife of the area. She had given her couple of intramuscular injections, following which she had collapsed and the family rushed her to NJH.

The interesting aspect was many people in the village did not know about SD becoming serious and ultimately dying. Many people came to know of the news when our team went visiting.

Dr Johnson who had seen SD's lifeless body told us it looked very much like a Rupture Uterus.

Later, we had some discussions with some of the villagers. There was much anger against the Auxiliary Nurse who came to help with the delivery. It seems that she gave quite a few intramuscular injections and demanded money.

Well, ultimately, what mattered was that there was a maternal death in the block after almost a year.

There are unanswered questions - - -

1. How come many of the villagers did not know about SD's complicated labour. Was the family ostracised?
2. Was it intramuscular pitocin that SD recieved? It is quite common even for someone as qualified as an Auxiliary Nurse to give intramuscular pitocin for delivery in most of rural India.
3. Why do patients not prefer to come to hospital for delivery but have no problems in paying up quacks as well as other persons who come and try to do the delivery at home. There is an allegation that the concerned Auxiliary Nurse demands speed money from those she helps to deliver at home. And the rates being quoted are not small . . .

There are major issues which need to be sorted out if deaths such as that of SD has to be avoided. The question remains about our political will to bring about healthcare reforms . . .

I shall reserve more comments on this till I hear from those who read about these unnecessary deaths. . . However, what is going to haunt me is the helpless frightened look on the faces of SD's first two children. I'm not sure how secure their future, especially that of the daughter, is going to be . . .
Posted by Jeevan at 7:31 PM