We had amazing last few hours in the labour room on December 31, 2013. 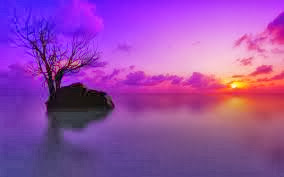 All of them very very high risk patients who should have gone on to a tertiary centre. All of them poor and . . . coming here just because they could not afford a trip to Ranchi. They trusted us . . . wrote the high risk papers . . . we could only pray . . . and the Lord gave them deliverance and healthy live babies.

The first one, JB, who had come around noon-time. She was one of our regular ante-natal care patients. We had told the family that it would be good to have her delivery in Ranchi. The reason – she had lost her first baby. But, the family could just not afford to go ahead. To make matters difficult during admission she had couple of high blood pressure readings. Thankfully, the BP stayed normal after admission. She responded well to induction and delivered a girl baby just before the clock chimed 12 midnight.

The second one, SD had all of us in tenterhooks for quite some time. SD had lost both her babies the previous time and the family did not seem it worth to get her a regular antenatal care when she was pregnant a third time. And both the previous pregnancies had delivered by Cesarian section elsewhere. A G3P2D2L0 with both previous Cesarians. The only saving grace was that her haemoglobin was 11 gms%. After the customary high risk papers were signed, we sent off the relatives for one pint of blood. I took a decision to operate only if I’ve a pint of blood. We’ve had previous experiences of patients bleeding heavily when they’ve had a Cesarian elsewhere.

To our horror, SD went into full fledged labour pains. She had terrible lower segment tenderness. We decided to take her for Cesarian without the blood having arrived. We were afraid that she would rupture. To our surprise, we found that she had dilated fully by the time we took her to theatre and to cut the story short, she delivered normally. The baby and the mother are doing fine.

The third one, TB came from another centre after she was referred for pre-term labour. We found out that she was in fact term. But, there were issues. Her haemoglobin was only 7 gm% and she was in sepsis. She had been leaking for almost 48 hours which the family had ignored. She also progressed so fast that the baby was delivered normally and the mother has done well so far.

It was so satisfying to finish the year having been part of the management of these three ladies all of whom had come to us expecting a miracle.


We thank the Lord for using us to be a blessing to these families.