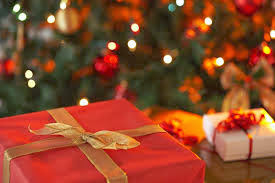 This year, we at NJH had a special gift on Christmas day. Many a time, quite a lot of us ponder over whether we are at the right place or doing the right thing for ourselves and our families.

On Christmas morning, we had a Cesarian section. The indication was that the lady had a previous Cesarian section and there was a scar tenderness. We decided to operate as soon as the family arranged blood.

All of us took it as a routine case of Previous Cesarian section. It was only when I started to open the abdomen, I felt that something was amiss. The whole of the subcutaneous tissue was badly fibrosed and was full of adhesions. I asked the patient about what had happened during the previous surgery.


I could not believe my ears when I heard that this was a patient we operated sometime in September 2010 who came in unconscious with severe eclampsia and was on the old ventilator for few days. She was severely anemic and we had done the surgery only for the sake of getting the live baby. Her GCS was 3 and we had no hope. She had received a total of 7 pints of blood.

Later she had wound infection, but at the end she made it.

She went on to have her second baby for which she never thought about having any ante-natal care, but ended up having an uneventful delivery.

One of the best Christmas gifts we could get . . . an affirmation about how NJH has been a beacon of hope for such families.
Posted by Jeevan at 6:00 AM