Now that we know that finger millet used to be a crop in our community some time back, we took the decision to bring back the crop into the local agriculture.

The first initiative was done couple of days back, where we had an interaction with the farmer community. About 40 people attended, most of them women. There is a great interest especially from farmers who are a bit elderly. They've had millets during their younger age and were quite pleasantly surprised that they have abandoned such a healthy crop. 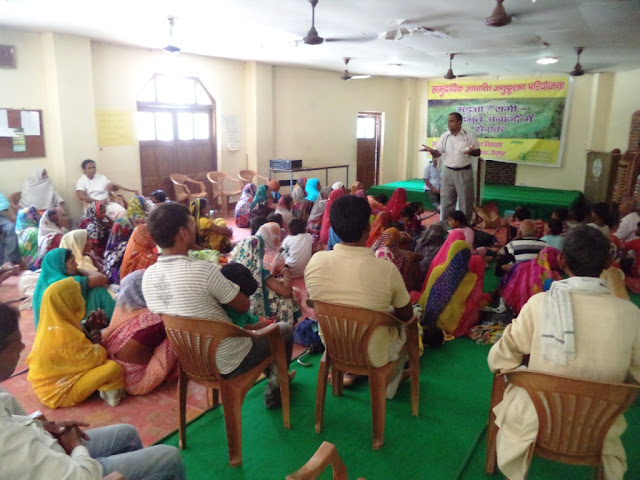 Points which we garnered from the crowd -

1. Everybody is quite aware that there is a prediction of deficient monsoon.
2. Most of the older farmers know that finger millet requires lesser irrigation.
3. Many of the attendees were small landholders and they were more interested in having varieties of crops in small amounts in their land.

Below are two pamphlets we made from templates provided from NJH. 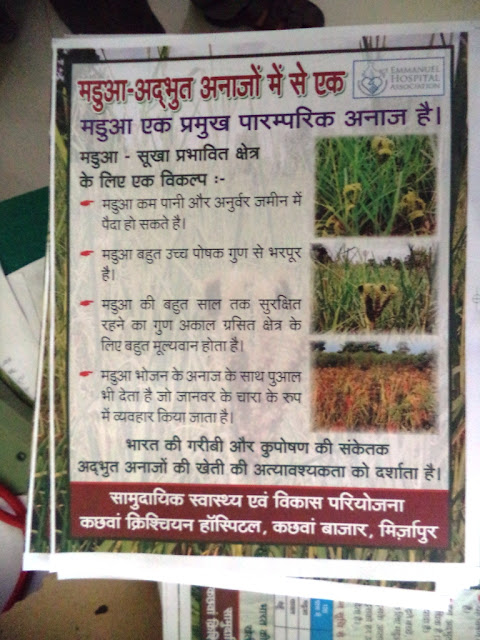 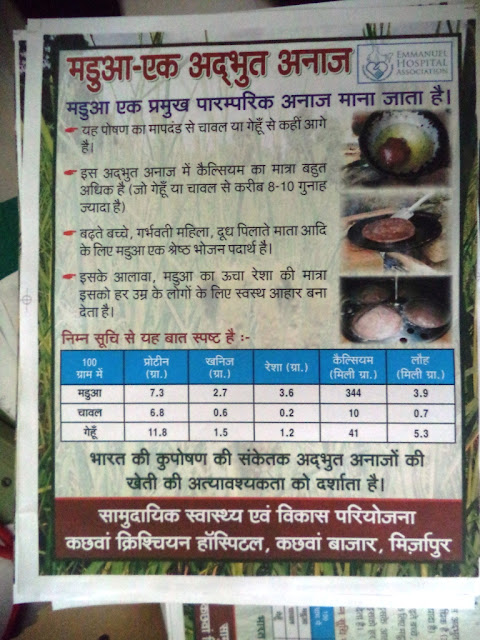 We are excited about this. We request your prayers. Distribution of seeds will start as soon as they arrive from NJH.
Posted by Jeevan at 8:36 AM