As I finished a very busy outpatient department today evening, there were couple of Medical Representatives waiting for me. As the offices were already closed, I asked them what they were trying to sell as I walked towards the wards.

I was shocked by the answer. 'Dengue testing kits' . . .  one retorted. The look in my face must have brought quite an astonishment. I don't know how it looked. 'How much it is going to cost?' was my next question. 'Only 300 INR . . . shall give it to you for a good price'. 'And it's a antibody plus antigen strip test . . .  the new technology and our research ensures that the diagnosis is made on day zero.'

I was furious. I asked them if they knew anything about what they were talking. One fellow told me that he could show me literature.

I could not bear to hear more. I told them that I was a doctor who was interested in the welfare of people as much as coming to a correct diagnosis. And there was enough research on the 'usefulness' of the tests based on the antibodies and antigens . . . And the fallacy of diagnosis being made on day zero.

They realised that it would be dangerous to talk more. . . and beat a fast retreat. 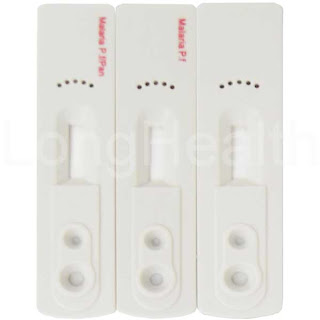 The antigen and antibody kits have made a mess of clinical diagnosis. It is not much time since WHO came out with a paper about the useless of Tuberculosis IgM and IgG tests. I remember seeing a patient who had a huge filarial leg . . . the relatives told me that they had confirmation that he had filariasis . . . and showed me a Antibody test for filariasis positive done elsewhere.

One of the shocking things I had during my first stint at NJH was the rampant use of Widal test and Typhidot for all sorts of fever. Even patients with one day history of fever was requesting of Widal or Typhidot. Even among my colleagues I had to spent quite a bit of energy to convince them that doing it before 5 days was as good as not doing it.

One can only imagine the mayhem the can be caused by introducing 'dengue testing kits' which have a very high false positivity rate.

Talking about kits, I'm very much against even the 'malaria testing kits'. As far as I understand 'malaria testing kits using antibodies/antigens' was introduced as there was difficulty training technicians to do malaria smears. As I sit in outpatient, it is not uncommon to see patients who have tested positive for the parasite with one of the kits and having been treated for malaria . . . and as you take a good history and clinical examination, it is very evident that you are dealing more likely with Enteric Fever.

All fever patients whom we see are tested positive elsewhere with the kit . . .  But, nothing comes up when we do the smear. . . even when they have not had the treatment.

I'm glad that there are quite a number of learned people within the community who have realised this and come to us directly to do a smear . . . And of course, we are blessed to have very good technicians who can really fish out the parasite from a thick smear . . .

And the bottom line for my friends who are in some part of their training or practice . . . even for infectious diseases, nothing can substitute a good history taking and clinical examination . . .

One aspect which I leave for you to decide is . . . on whether we should come out openly against companies who make a quick buck from selling such kits. I remember the 'chikungunya kits' which were produced by some companies while the Chikungunya epidemic was going on sometime in 2007.

I would propose that the government come up with a regulatory body for such investigation kits . . . But, having failed miserably in being able to regulate the pharmaceutical market, regulating the laboratory industry would be a far cry.
Posted by Jeevan at 9:59 AM