I need to keep reminding myself on how I started off this blog . . . I've had many a person writing back to me  telling me how inappropriate it is to put many of my posts in the blogsphere.

About a week back, one of my staff told me that I belittle the region I'm in by portraying deficiencies of healthcare in the region by stuff I post. I asked him about what I should be posting. He told me he would think about it and let me know . . .  I've not heard from him ever since.

Everybody loves to have beautiful romantic stuff posted . . . And it's not that I don't do that. 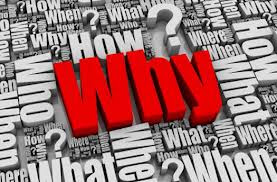 Why do I write about cases of maternal deaths, near misses, tuberculosis cases etc. etc.

It's because they are all so successfully treatable if not preventable to quite a large extent.

The lady with the rupture uterus . . .  You should hear her story.

We shall call her AAD. She had her first baby by Cesarian section for a reason about which she has no clue about. According to her after she was discharged after her Cesarian, nobody told her about not trying to deliver at home for her next deliver. Result . . . she did not bother to even do a routine antenatal care for her next pregnancy.

AAD started to have contractions early morning. The local village dai (traditional birth attendant) was called. She told the family that everything was fine and she should deliver by afternoon. Sometime mid morning, the dai felt that he was not progressing well and gave her four intramuscular injections . . . by our usual experience, it's pitocin. By afternoon, AAD had started to contract violently. It was excruciating pain.

She reached us at around 9:00 pm. We did not need rocket science to find out that it was a rupture uterus. Per operatively, it was very evident that the rupture uterus had happened quite recently. The baby was a fresh still birth.

I did not have any choice other than to do a tubal ligation (Family Planning) as the rupture was quite a bad one . . .  Like many of our previous stories, the husband would most probably abandon her for another woman who will be able to offer him more babies . . .

The first time, when I told a similar story to one of my classmates, he told me that it was so unthinkable a story. But the fact remains that we have so many similar stories in our country and the world which are unfathomable to have occurred in an era when cutting edge medical science is looked upon with awe . . .

I've taken it up as a duty to bring to light such stories so that nobody who reads them will ever tell that they never knew there were such regions where such basic issues of healthcare were never taken care of and they could have played some role in alleviating the pain . . . .

That would bring me once again to the point of inviting more of my fellow healthcare professionals (rather nagging) to move out into needy areas of the country where your presence would end up saving lives and showing people that there is a God who cares . . .
Posted by Jeevan at 8:30 PM