The saga of the pregnant Indian woman . . .

It’s been quite a long time since there has been a post. There were multiple factors for the lull. The major issue being that the hospital has been terribly busy over the last couple of weeks. I’m not sure on how we were pulling through. Today, we had already crossed 1750 outpatients and 250 inpatients for the month of September. 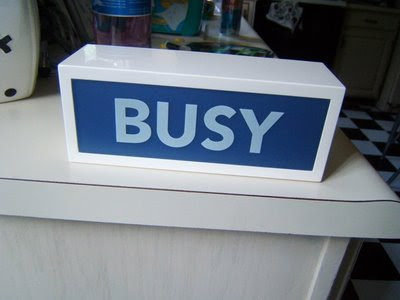 I continue with my banter about the unfortunate souls who come through us for treatment and their stories.

It was about 5 days back as I did my rounds that I noticed a very youngish looking lady rather girl, RDB in the first bed of Maternity Ward. Usually the first bed in Maternity Ward is kept aside for very sick patients so that the nurse on duty can have a close watch.

The ward was full and I asked the duty nurse the reason for this young lady to be in that bed. To my shock, the nurse told me that RDB had a rupture uterus and she had been very sick. It was only today that she was able to sit up.

A rupture uterus. RDB hardly looked 16 years. I asked her how old she was? Her chart told 22 years. Even for 22 years, a rupture uterus was a very harsh affair to deal with.

RDB’s story was not very unfamiliar. Married off around 4 years back, her first pregnancy ended up in a Cesarian section after a prolonged labour at home. The baby was dead . . .  Nobody had even told her that she needs to have a hospital delivery the next time.

She tried to deliver at home. She was taken to a hospital from where she was referred here. Her hemoglobin was low. She waited for almost a day for blood. The rupture was a very bad one. Our surgeon did not do a tubectomy as a tubectomy would ensure that she would be destitute in no time.

I could only whisper a prayer for her future as I walked on.

Yesterday, as we were in theatre, Dr Titus informed us of a pregnant lady brought dead after having seizures. We were too busy to even go and have a look. Later that evening, as I reminiscenced about our attitude towards the women in our community . . . I wondered if we were all busy to take any note of the women who were dying in our communities . . . almost all of them preventable deaths.

As we develop newer and complex treatment modalities for many a rare disease, the saddest thing remains that a majority of preventable deaths in the world occurs due to conditions for which very simple steps for prevention and treatment have been discovered long back.

I’ve one more patient in the Acute Care. A young mother with her first pregnancy at around 8 months of gestation. She had been having seizures for about 12 hours before the relatives decided to bring her here. She was hardly breathing.

With no facilities of even a First Referral Unit, we’re forced to manage her. The adequate facilities for her treatment are available only 135 kilometers away. And there also, she would need admission to a private facility who would be about 2 to 3 times more expensive than us . . . leave alone the transport and indirect costs.

The husband has given us a death in the hospital consent.

As soon as she arrived, she was intubated. In severe pulmonary edema, we did not have much of a choice. After about 24 hours, she is out of the ventilator and semi-conscious. We’ve trying to deliver her baby out fast. I was not very confident about taking her up for surgery. To make matters easy, the relatives absolutely refused surgery.

We wait for her to deliver. For her to survive without any sequela would be a miracle.

However, as I thought about all the umpteen patients whom we had been managing over the years . . . many of them who would have done better elsewhere under specialist care . . . I wondered how long this sort of care can continue on . . .

(Just as I finished writing it, we had a referral of a lady with post-partum eclampsia . . . and she was referred to us from a private medical college . . .  and the family came driving about 100 miles)
Posted by Jeevan at 6:16 PM