I'm away from the hospital for some unforeseen reasons. We've been staying at another place for the last week. As we stayed at this particular place, word went around that I was a doctor. I had quite a number of people coming to see me and take advice on their medical conditions.

I thought I should mention two cases - both these cases summarize the present state of Indian healthcare.

The first one - A couple in their late thirties. They had been married 14 years - and were not able to conceive. Since the last 3 years, they had been going to multiple places for treatment. The impressive part - there was already a diagnosis made of azoospermia. That was 3 years back. The horrifying part - the poor lady has been subject to all sorts of tests to check out problems from her side . . . including a laparoscopy.

To investigate the wife extensively for infertility when the husband has a problem of azoospermia . . . I wonder how will you justify this. The couple had spent about 30,000 INR so far . . .

The second one - The place I stay in had a large party for the local villagers. As my friends and me walked through the grounds where all the villagers were having their food, I noticed one young mother feeding a very malnourished child. As I moved closer, it was obvious that the child had cerebral palsy. I asked the mother about the child. The child was more than two years old. She looked all skin and bones and the whole body was limp including her neck. She must have weighed about 5-6 kilograms. 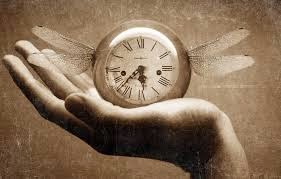 The mother told the sad story. She had given birth to the child at home. The newborn did not cry after birth. One of her relatives rushed the baby to a nearby health centre run by Catholic nuns. The journey took a whopping 2 hours. I was surprised to hear that the baby cried as soon as the sisters at the dispensary gave the treatment.

A hospital delivery should have most probably given the poor mother a healthy baby. It was so difficult to visualize how this child was going to grow up in a remote village where the nearest road was a one hour walk away. Electricity, potable water, regular availability of food . . . all of it was a premium.

First of all . . . a very corrupt healthcare system. Second . . . a healthcare system which is more concerned about building super-specialty hospitals and researching about rare medical conditions when quite a lot of countrymen do not have basic access to healthcare . . .

Over the last week, it is becoming obvious that we may not be able to continue to NJH . . . However, my heart breaks to know that I would be leaving a community whom we were trying to help out from the effects of both the above issues . . .
Posted by Jeevan at 10:29 PM