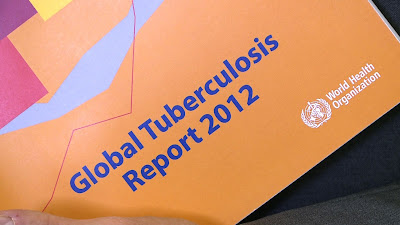 In response to my previous article on the GlobalTuberculosis Report 2012, someone had sent me an article from the Lancet. It made quite an interesting read.
I’m certain that we in India have a lot to learn from the European countries on how tuberculosis was controlled. I quote the Lancet paper . . .
Riding on the antibiotic wave in the 1960s, tuberculosis increasingly failed to trouble public health authorities in developed countries. Chest physicians and surgeons reoriented their interests; tuberculosis journals and antituberculosis charities widened their remit. At the same time, many nascent eff orts in the developing world were stalling. Not enough attention was paid as the world entered economic turmoil in the 1970s and expensive vertical disease programmes were replaced by a new emphasis on primary health care. Tuberculosis rates remained high, fuelled by social determinants, poor living and working conditions, poor medical infrastructure, and high comorbidity.
I’m a bit sad to infer that the author unknowingly seems to berate the new emphasis on primary health care. However, please do note that in India, we have the vertical disease programme which has been quite expensive and has unfortunately not produced the sort of result we’ve seen in countries like China. We have a robust primary health care system on paper. However, most of us very well know that in many a state the primary health care system is just for namesake.
I would be very much interested to know the incidence rates calculated for the different states of the country. I understand that studies are on to find out the latest incidence rates.
From the incidence rates which were accepted about ten years back, most of the better off states in social indices had a lower incidence compared to the EAG states. As mentioned in the Lancet article, social determinants, poor living and working conditions, poor medical infrastructure etc has fuelled tuberculosis in countries such as ours. I’m surprised that the author left out malnutrition and smoking.
Any doctor seeing tuberculosis cases will vouch that almost all of his patients are poor and quite a huge proportion of them are addicted to tobacco and alcohol. Most of them live in cramped one room huts in the villages (along with his cattle and sheep) or shanties in the cities with hardly any food to eat. And once a person has tuberculosis his whole world caves in. He gets into a vicious cycle where the disease makes him weak to earn a living; the lack of work makes him poor and the tubercle bacteria feeds on his poverty stricken body mass starting at the lungs.
I’m not sure on how we reduce poverty in a country as large as ours. But, one thing we can do is to decrease the effects of poverty especially the aspect of nutrition. I believe that targeted food subsidy has failed. The corruption of this country is so much that subsidised food never reaches the target population.
There have been on and off stories of self sufficiency and empowered food security in certain pockets. But on a larger scale, we are nowhere when it comes to providing good nutrition to our people. It is only the well affording who can buy nutritious food. To make matters worse, we have enough beliefs about food that the sick are forced to follow. It is not uncommon to find our patients avoiding eggs, milk etc.
With enough and more reports about high numbers of malnourished children in our communities, the same should hold true even for adults. Recently, my better-half did a small study in the hospital of the characteristics of our outpatient crowd. She found that 37% of our outpatient crowd had a BMI of less than 18.5. And our patients are usually the lower middle class and above and not the really poor. If this is the case, I wonder what would be the condition of the really poor.
Solving many of our country’s scourges of ill health would be to offer a robust system of public distribution of nutritious food for each of its citizens irrespective of how poor or rich they are. Various types of food distribution systems which are immune to market fluctuations and inflations have to be somehow worked out. 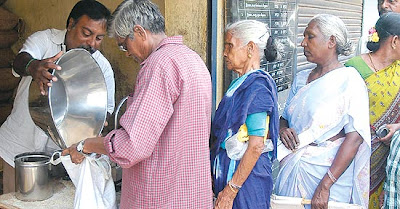 So, my solution number one to decrease the incidence of tuberculosis in the country . . .  a ROBUST PUBLIC DISTRIBUTION SYSTEM OF FOOD. I welcome suggestions . . .
Posted by Jeevan at 6:58 PM