Tuberculosis . . . Are we losing the war?

The Global Tuberculosis Report 2012 is out. From an initial glance it is evident that India is not doing too well in Tuberculosis Control.

A fast glimpse at the statistics -

I tried to reput some of the graphs comparing few of the countries with India. 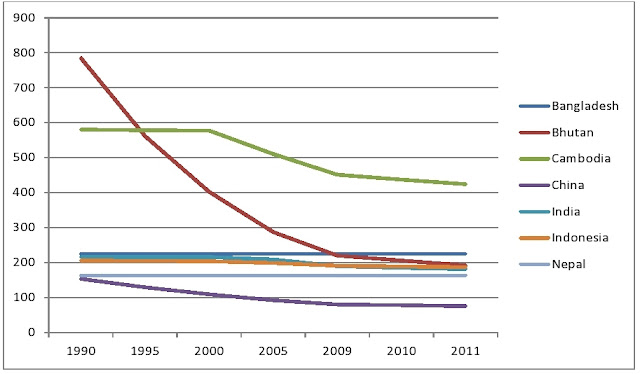 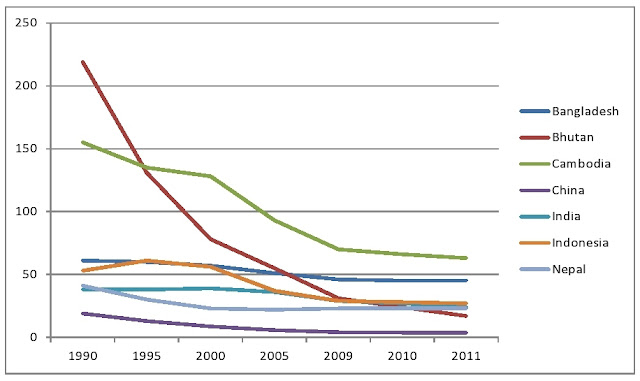 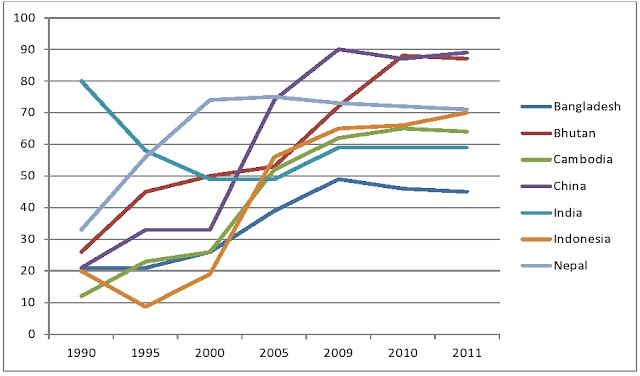 Now, you can find out that India does not look to have made much progress comparing to countries such as China. We've already have quite a few news articles on the 2012 Report.

As you can well see, our Achilles heel is the Case Detection Rate. For many reasons, we have not been able to make any sort of improvement over the last 15 odd years.

We at NJH also find it quite difficult to improve the Case Detection Rate and as far as I understand we are one of most under performing Tuberculosis Unit in this area. I tried to put down on what I think are the major reasons.

A. Leave alone the public health care providers, the primary care provider for a patient with cough is not even a proper doctor. When we see the patient with more than 2 weeks cough at NJH, in 95% of the cases they would have already taken some form of anti-tuberculosis treatment. And most of the time it would be the some INH-RIF combination given in sub-therapeutic dosages. Therefore, even our sputum positivity rates suffer as the drugs would have cleaned up the sputum. Most of the patients who reach us are already in a advanced state and it is with great difficulty that we get to cure them.

B. Many a time, anti-tuberculosis drugs from outside RNTCP is started without the patient being informed. Now, this is terrible as patients take the medicines for 1-2 months and stop as they feel much better. It is only when they bring old prescriptions that we realise that the patient has been given Anti-Tuberculosis treatment.

D. Of late, I've seen quite a number of patients who have been told elsewhere (many of them senior consultants of Respiratory Medicine and Internal Medicine) that the Government Medicines are not good. We have quite a few patients who have insisted that they buy branded medicines for tuberculosis from the drug store than take free RNTCP drugs. We make such patients write a consent before we allow them to do it.

Well, I can go on and on . . .  We need to think of solutions faster. Otherwise, within a span of a decade, we could be facing the onslaught of Multidrug Resistant Tuberculosis. The emergence of XDR-TB makes things worse.

Complicating matters is the complex nature of the disease. Any clinician can easily tell you that it is not too easy a diagnosis many a time. Socio-economic factors also play a major part. The fact that there is strong association between tuberculosis and malnutrition and use of tobacco almost spells the death knell for South Asians.

Recently, when I was discussing the issue of Tuberculosis Control in India, one of my friends commented on whether the program was blemishless. Considering into fact that our country and it's leaders has become a byword for corruption, it is my sincere hope that there is not even an iota of corruption in this programme.

I hope that I would be able to discuss possible solutions and loopholes which would need to be plugged under the present RNTCP of the Indian Government in the next few articles.
Posted by Jeevan at 7:08 PM