A Rupture Uterus and a nagging Snake Bite . . .


Two patients bothered me as I woke up today morning.

Sometime around morning, couple of our staff agreed to donate blood. And we proceeded with the surgery.

The mother is doing well. We hope she will recovery without problems.

The best part about SD was that she had a referral letter . . . 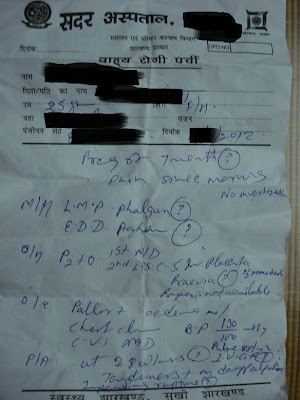 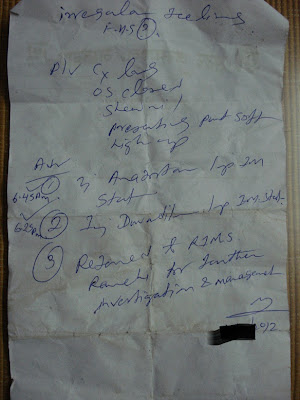 The second patient I was quite concerned about was Loric Singh, who has been in the ventilator for more than couple of weeks. He was on the road to recovery till today morning, when he started to deteriorate because of which he had to be put once again into the ventilator.

I was thinking aloud of whether it could be something else which bit him.

That was when the bystander told me that the type of krait which bit him was of a very poisonous nature. I told him that I thought all kraits were of the same type. Then he told me that the snake had been kept safe with the family back in his village. A very common custom in the region, where the snake is caught and kept alive till the victim is cured or dead.

I enquired if it is possible to bring the snake.

The snaps of the snake are below. 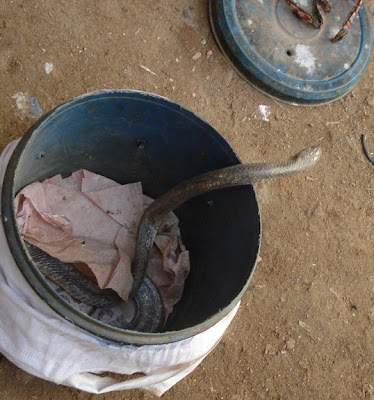 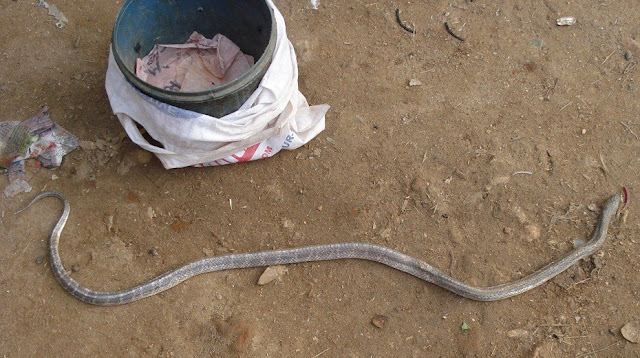 The villagers know this a ‘ghadait’ . . . a coarser version of ‘krait’. It is the elder of the krait . . .  a very old krait. Some claimed that it was a different species.

However, on closer examination, it is evident that it is a krait.

However, according to many of our staff from the villagers, it is commonly believed that a ‘ghadait’ bite is always fatal. One of the elderly villagers told me that he does not know anybody who has survived a ‘ghadait’ bite.

Something new . . .  An elderly krait has a more potent and lethal venom than an young krait . . .