The below snap looks quite simple. Dr. Howard Searle, the first Executive Director of Emmanuel Hospital Association (1972-77) giving a memento to Mr. Babbu, the senior foreman of the team who constructed the water tank in our hospital campus. 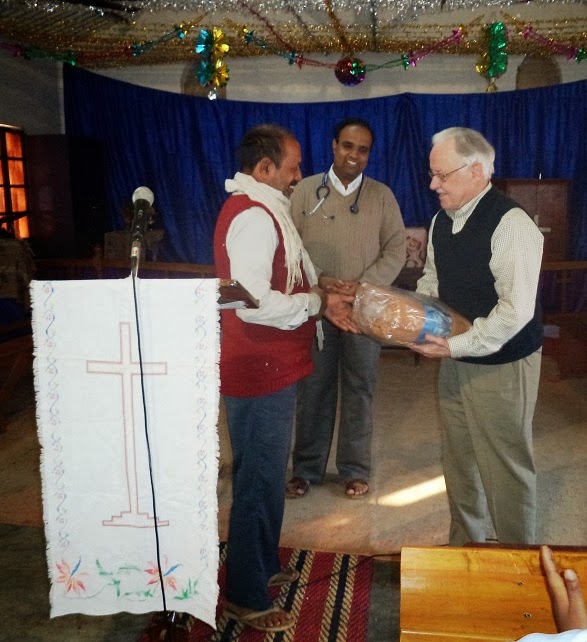 It was quite later Dr. Howard told me the amazing story of how Living Waters started to help EHA Hospitals build water tanks in their campuses.

Few years back, Dr. Howard was part of a tour party which was visiting the Holy Land. During the visit, there was a time of sharing among the team at Jerusalem, where Dr. Howard shared about the work of EHA in North India. After the time of sharing, another member of the tour team introduced himself to Howard and told him that he would like to facilitate better water supplies in the areas served by EHA.

And thus began the great partnership where quite a many villages in and around many of the EHA hospitals got access to clean drinking water and quite a few campuses got a water tank . . .

I'm amazed at how the Lord has used Dr. Howard to be a blessing for the organisation even after more than 35 years after he left India.