Other than tuberculosis, the next disease group that has sort of overwhelmed us at Kachhwa is Non-communicable diseases. 2 things stand out – stroke and diabetes. 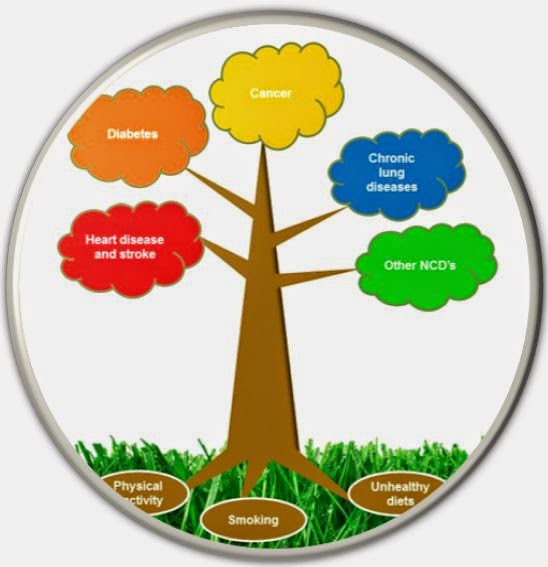 First, I shall narrate about strokes as it has sort of overwhelmed us. Since the last 2 months, we’ve had only two patients with myocardial infarction (heart attack), but over a dozen stroke patients. Quite a high number for a small hospital like ours considering into fact that we have quite good quality healthcare facilities in the nearby towns and cities.

The first one is the stark poverty that many a family is in that prevents them from taking the patient to a higher centre when there is a complication like a stroke. The definitive management starts only once you have a CT Scan.

Even, when they take to a higher centre, the costs are too high that they return early with a discharge against medical advice. Although, Kachhwa is only about 40 kilometers from Banaras where there are quite a few private and government healthcare facilities, the cost of seeking care for a diagnosis of stroke is quite high. The cost is all the more considering into fact that the 40 kilometer journey costs nothing less than 1500 INR.

The second aspect that we remember when we see strokes is the number of diabetes and hypertension patients that we see who don’t have faith in the medicine we give them. I hardly find even one patient who does not have some sort of belief in some root or fruit which they think will heal their disease in one go.

I had the experience of telling a new diabetic about his condition. He was accompanied by his elder brother. As soon as I told the patient that he was a diabetic, the elder brother started a babble on how easy it is to treat both diabetes and hypertension by special diets of juice extracts of gooseberry, jamun and jujube (ber). He told me that he was diagnosed hypertensive few years back and his hypertension was well controlled with regular consumption of these juices.

However, he was gracious enough not to stop me from helping his brother understand a diabetic diet as well as get prescriptions for some medicines.

As both of brothers stood up to leave, the elder one (supposedly hypertensive) requested if I could check his blood pressure. I obliged. It was 200/120. I assured him that so high a value could be because of the stress he must be in of knowing that his brother has diabetes. He was quick to agree. I told him that maybe he lies down for sometime before I took his pressures again.

I’m sure that lot of my colleagues can identify with me of having such conversations.

There is enough evidence that control of hypertension decreases incidence of stroke.

However, I still struggle with the first issue that we face - - - about poverty. The best bet for the poor is to prevent stroke. Availability of affordable drugs to treat hypertension and diabetes should be a priority.

The other option would be to look at a set of criteria that will help us to distinguish between ischemic stroke and a hemorrhagic stroke. Many have been proposed but none are foolproof.

As for diabetes, I shall write in detail in my next post. We explore options of starting a diabetic clinic soon. Pray for our team . . .
Posted by Jeevan at 11:39 AM