A major scourge of healthcare in India is the presence of preventable diseases. The incidence of malaria has definitely been on the decrease. However, I’ve few friends who believe that there is not much of a decrease in incidence, rather, it is a failure of reporting that has sort of given across the message that the incidence has decreased.

At Kachhwa, we see quite a few cases of malaria every week. Most of them are Plasmodium Vivax cases.

Yesterday, we had a very interesting patient. A young man working in a town in North Bihar, he had come with fever of quite a long duration – almost couple of months. We had seen him about a month back and had treated him as Enteric Fever. And he had responded well to treatment.

However, he came back within couple of weeks of stopping treatment. We did a malaria smear and this is what we got. 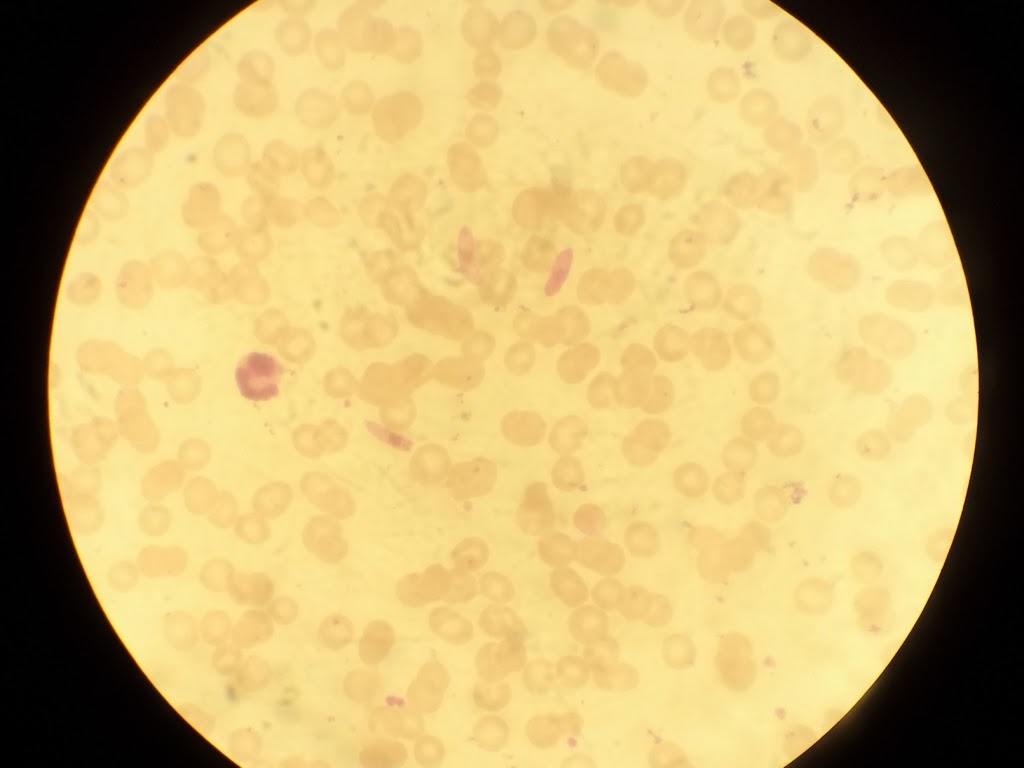 The smear was full of gametocytes. In fact, almost every field had at least one gametocyte and surprisingly we could not find any ring forms. It is not very common that we got a field with 3 gametocytes.

The scenario of having Falciparum Malaria cases in the community is frightening. It exposes the population to a chance of morbidity and mortality from severe forms of malaria. And it is a harsh reminder of the infantile public health scenario of the country.
Posted by Jeevan at 10:41 AM