During winter, lemons are a common sight in the Kachhwa Christian Hospital campus. So far, in addition to the Grapefruit, I've sort of identified 4 types of them.

We start with the grapefruit. There's so much of them that quite a lot goes waste and eaten by the birds and squirrels . . . 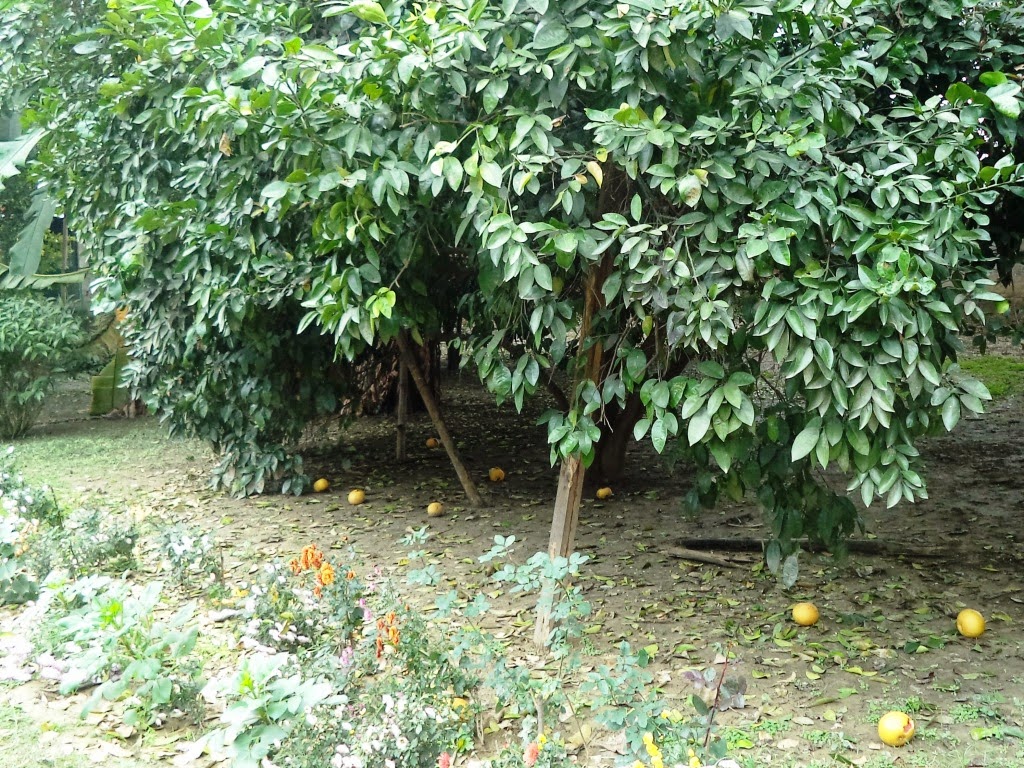 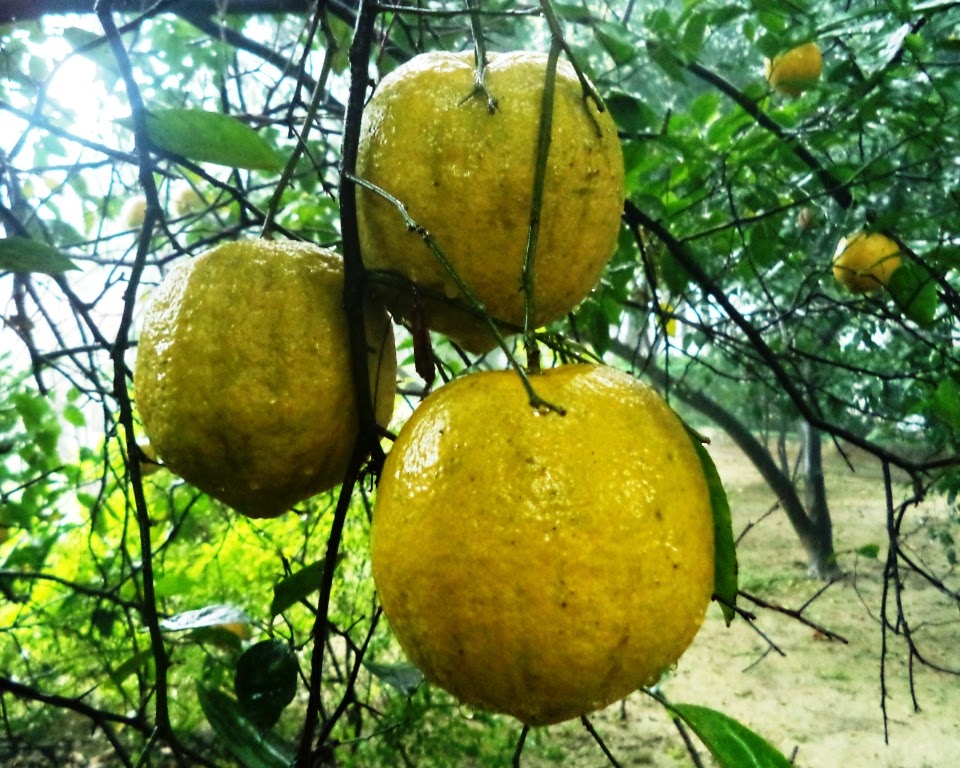 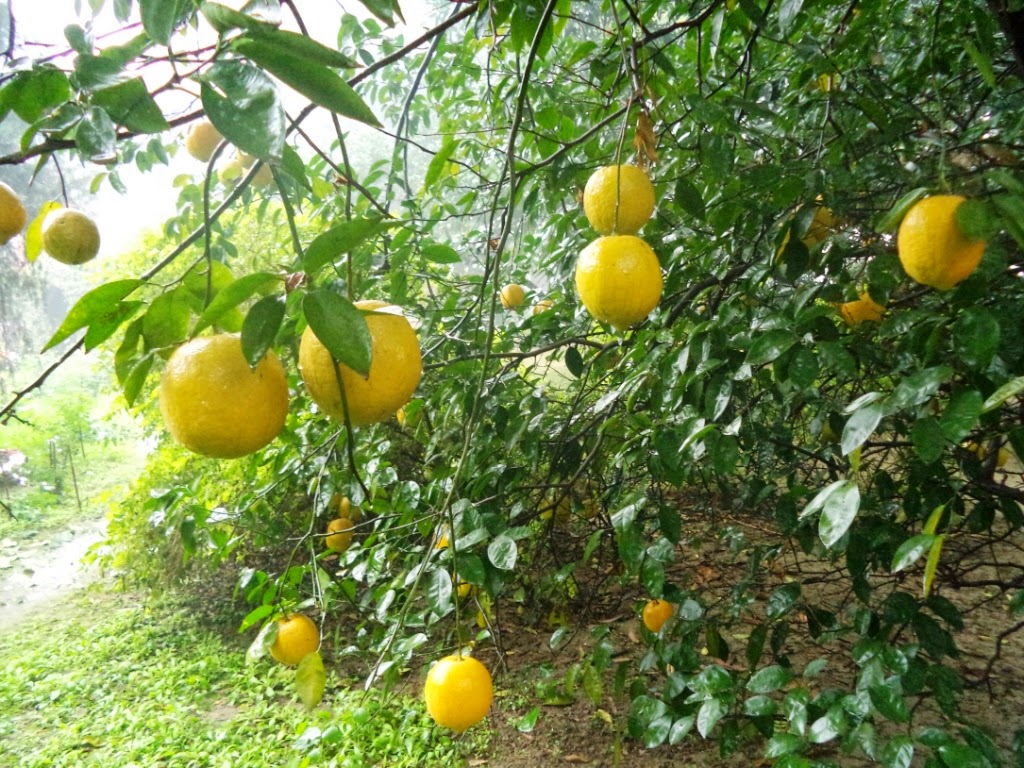 Then, there are the large lemons . . . Similar to the Pomelos, nobody knows what to do with them. Someone told how the mess tried to make pickles out of them and nobody wanted to eat it . . . There's so much of them and it's a real spectacle. The untrained eye can mistake them for orange . . . 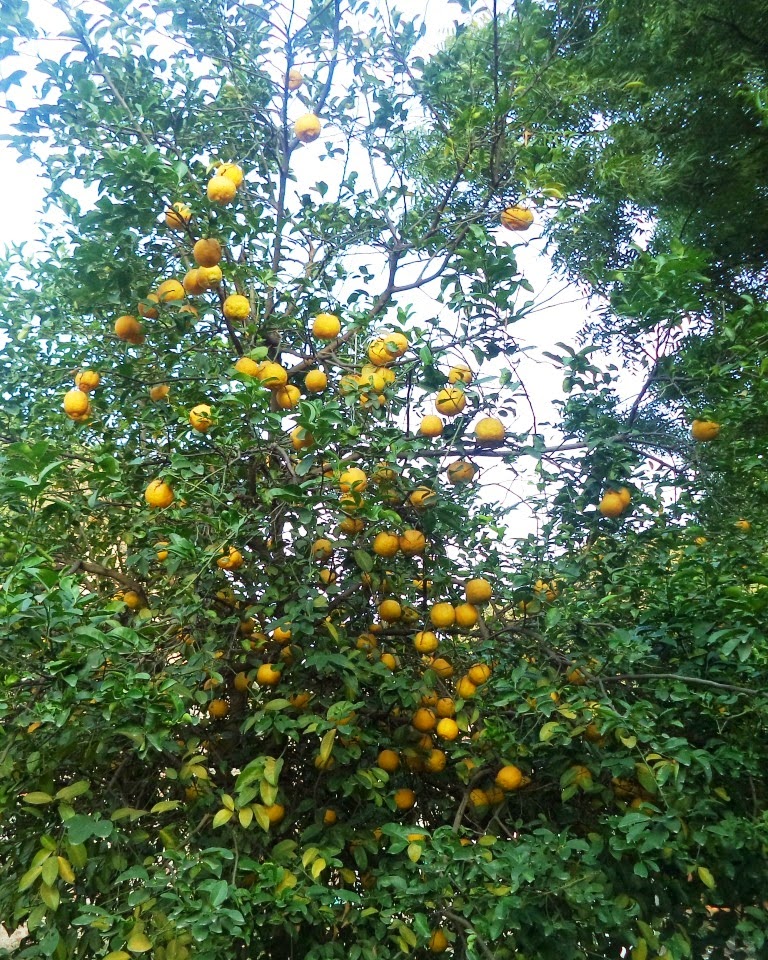 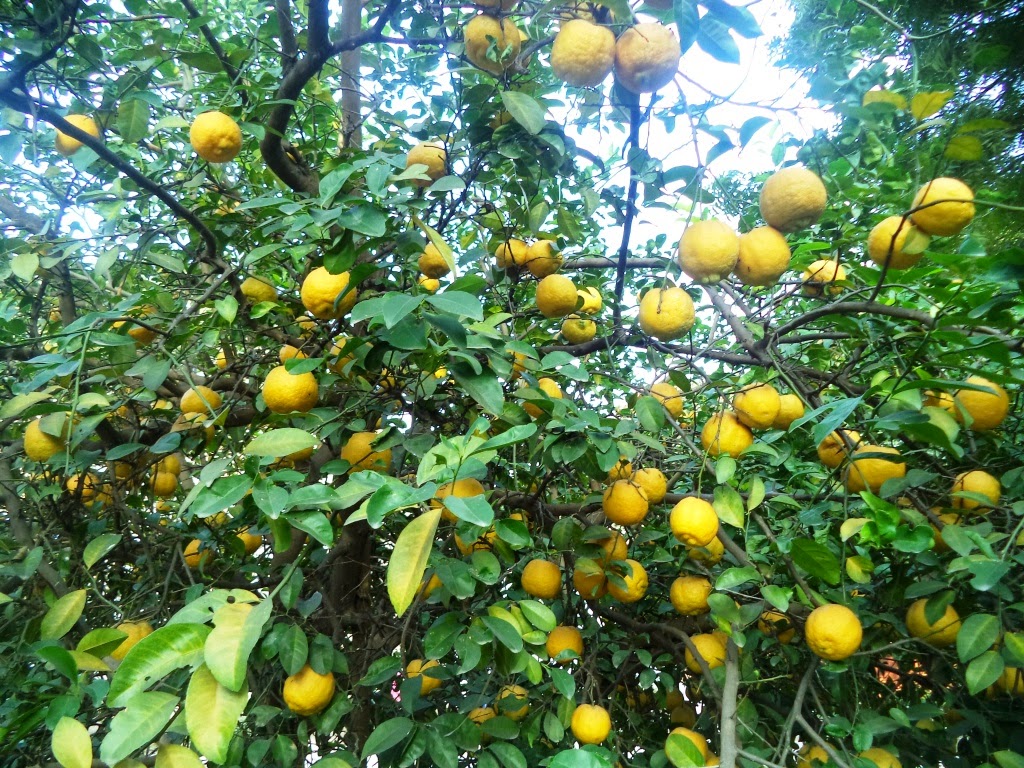 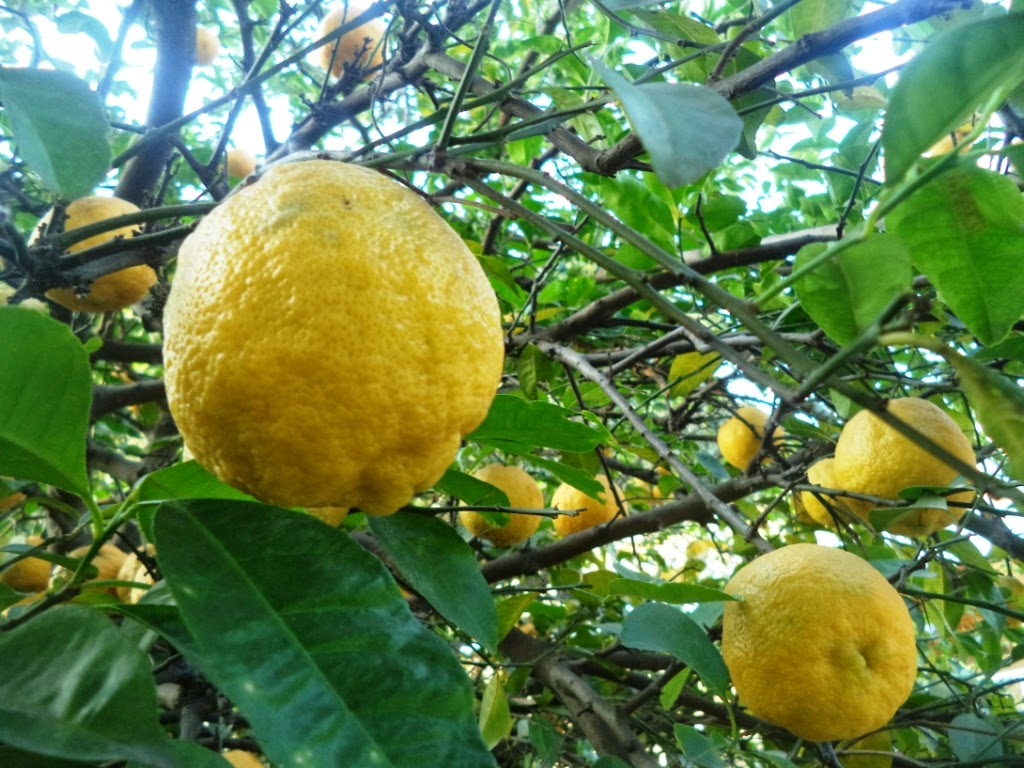 Then, there are some good for nothing limes, which tastes like water. Mr. Barsati, our gardener says that it is the stalk which was used for budding and unwittingly was allowed to grow when the graft dried out. Everybody calls it 'musambi'. But I'm sure it is not 'musambi'. 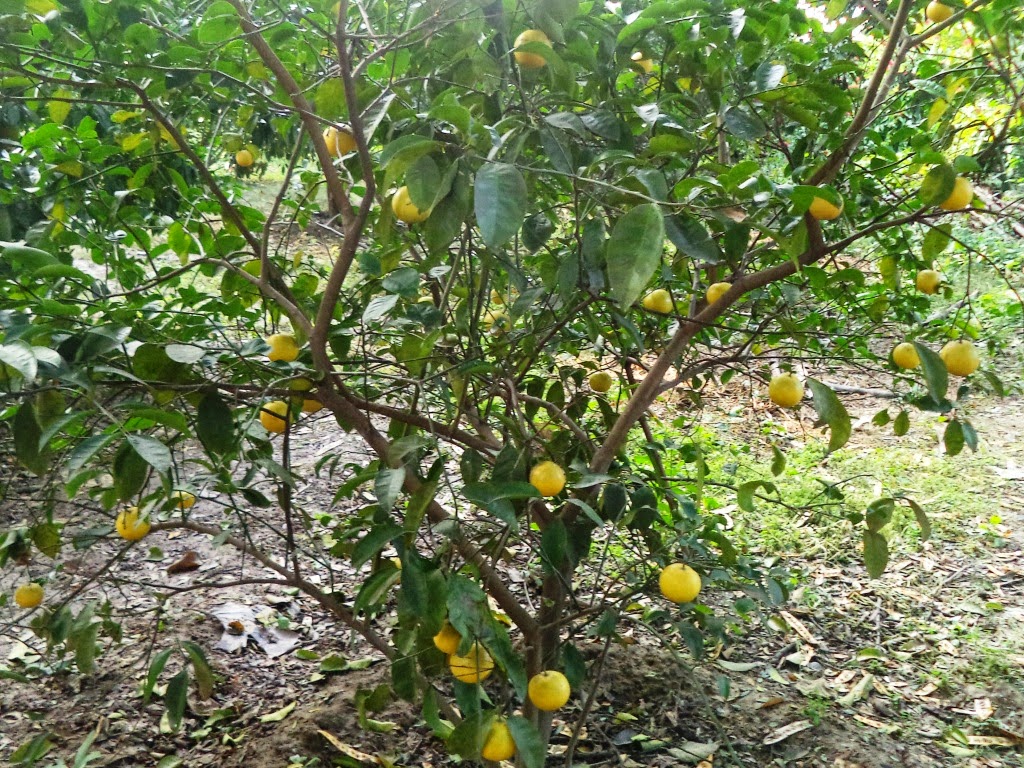 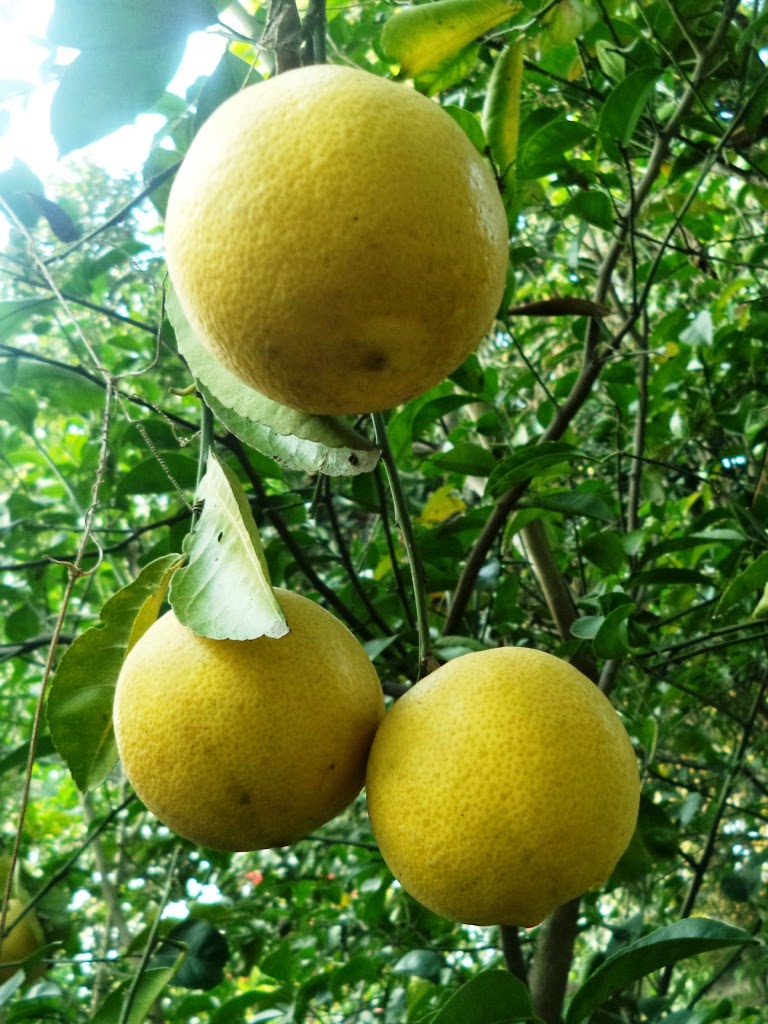 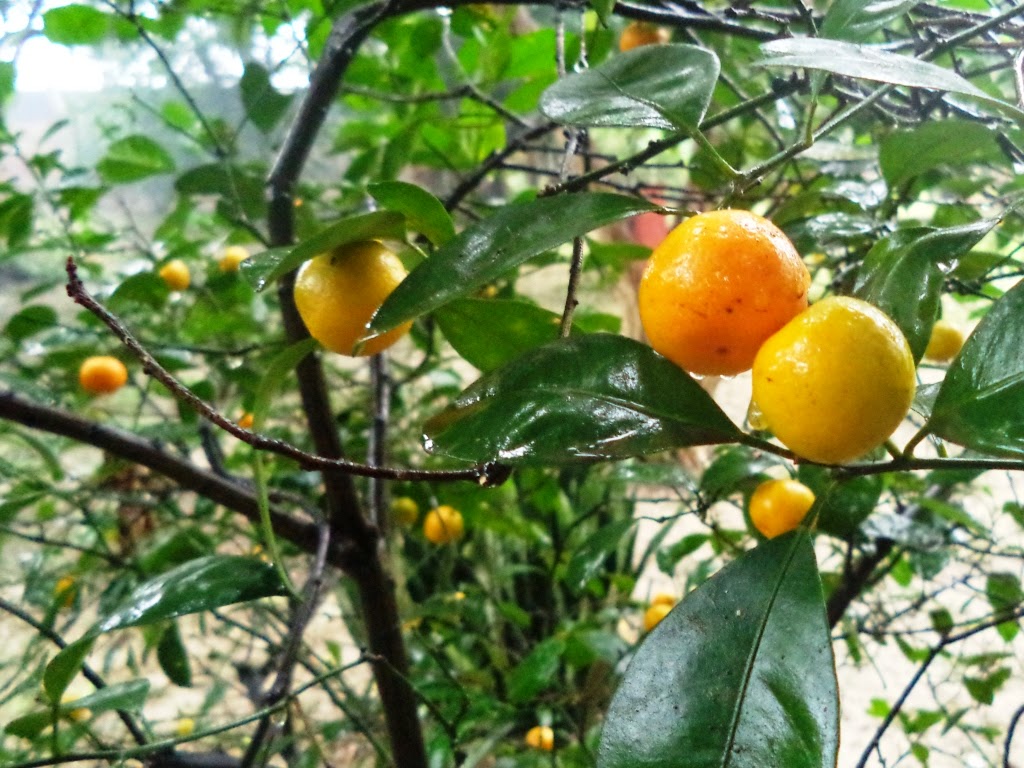