It’s been couple of months since we started to serve at Kachhwa.

One of the things that that has followed us here from NJH is the high prevalence of Tuberculosis. I only wonder if the prevalence is a bit more higher than Palamu region as the density of health care institutions including tertiary centres are more here.

I personally saw 4 pulmonary tuberculosis patients, 2 abdominal tuberculosis, 1 tuberculous lymphadenitis and 2 tuberculous meningitis. The experience in NJH has been such that we have the diagnosis of tuberculosis in the back of our mind once the patient complains of cough or comes with vague complaints. I’m sure many would echo my view.

DES, a 45 year old lady came to us about couple of weeks back with pain on passing urine and vague abdominal pain. We sent her for routine urine examination which showed a bad urinary tract infection. She was started on oral antibiotics, but did not respond to treatment. She came back. Ultrasound showed features of early pyelonephritis. She was admitted and started on intravenous antibiotics.

She did not improve. Rather, after admission, she started to complain of breathlessness at night. Later, on probing, she told us she has been breathless since the abdominal pain started. We took a Chest X-Ray. 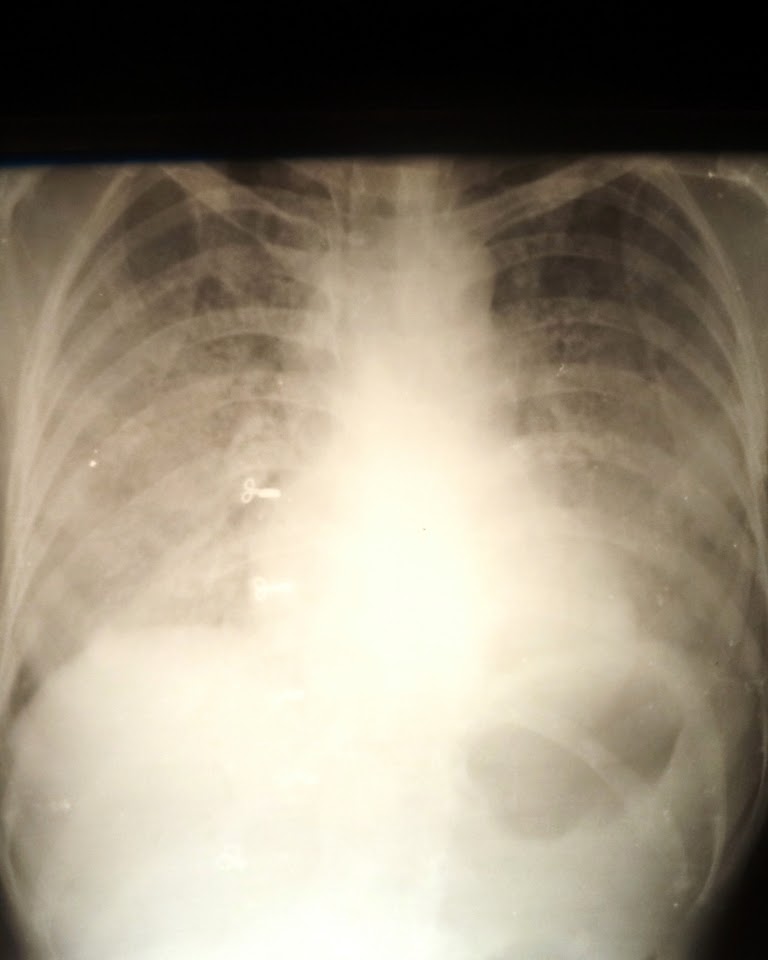 Miliary tuberculosis was the diagnosis. She was started on treatment. And the recovery was dramatic. DES is at home now.

The second story is that of a little boy and his grandmother. MS, a 2 year old boy was brought with history of long standing cough. MS weighed just about 5 kilograms and on probing gave a history of exposure to probable tuberculosis. His grandmother was a chronic cough patient and had taken 2 months of tuberculosis treatment.

Below is MS’s X-ray. We were quite taken aback at the extent of the disease. 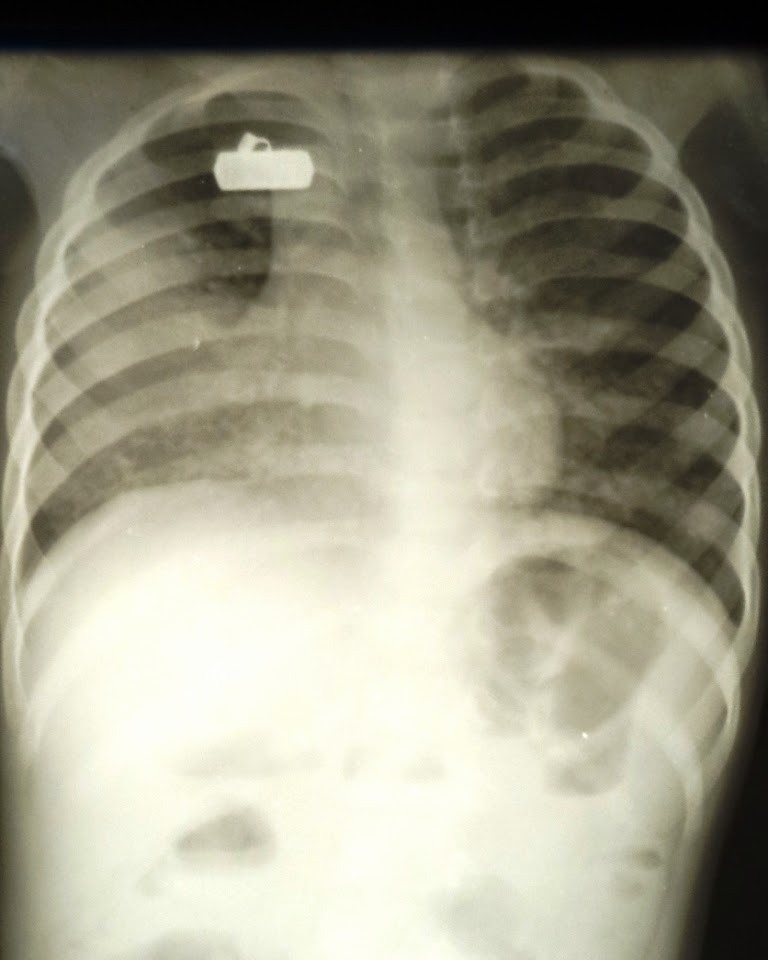 Meanwhile, MS’s grandmother also got her X-Ray. Later, her sputum was also positive. 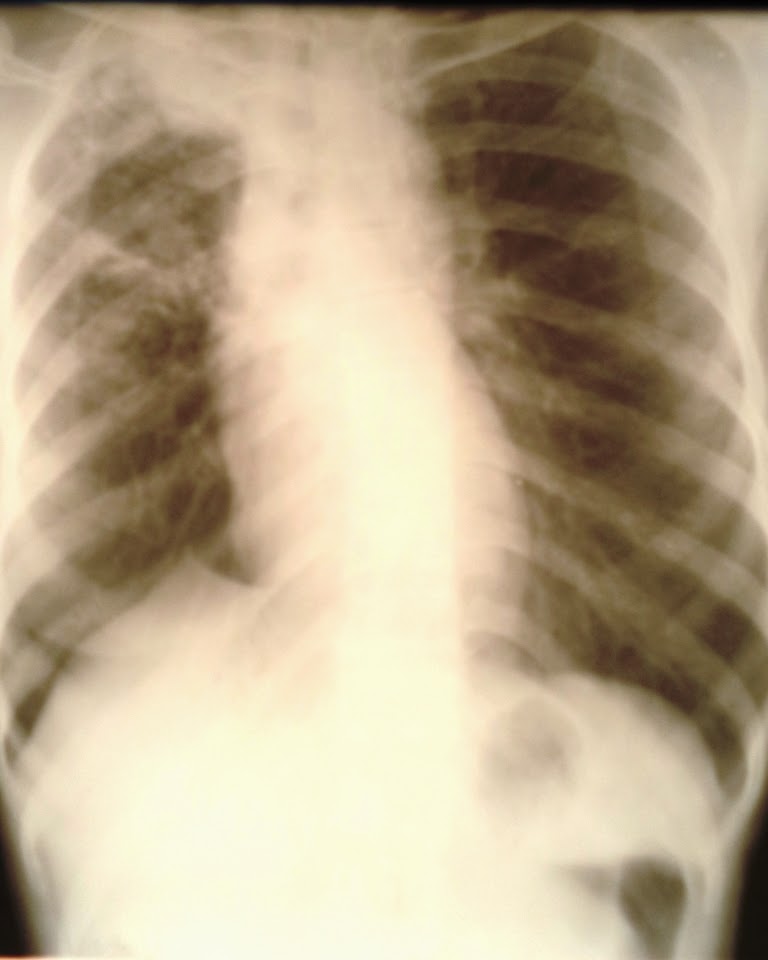 It took some time before we realised that both MS and his grandmother was diagnosed to have tuberculosis the same time in our hospital without the knowledge of either doctors.

This is nothing uncommon that we see when we try to educate people about the spread of the disease.

There is one more patient whose story I wanted to narrate. That would be in another post . . .
Posted by Jeevan at 2:01 PM