About an year back, EHA started a Community Health and Development Project in Khunti district of Jharkhand state by the name 'Injot' which means light in the Sadri language. Couple of days back, I got the opportunity to visit the region.

The region was significant because of the 'Koel Karo movement' against the construction of a dam which I understood would have displaced a population of almost 200,000. You can read a recent article about this project in the latest edition of our in-house magazine Safar in Page Nos. 5.In addition, it had also historical importance in struggle for a separate Jharkhand state.

I understand the movement against the dam, led under the aegis of the 'Koel Karo Jan Sangathan' is the only struggle in India which has been successful in preventing such a dam from coming up. 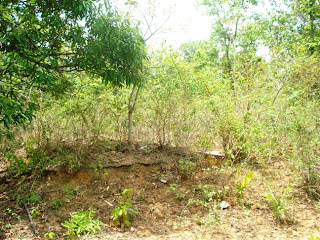 I felt sad after the visit . . . A region rich in tradition and history. It was obvious that the whole region continue to remain impoverished and backward.


As we visited the market after the visit, I happened to talk to few of the locals . . . They are sad that the government has ignored them. There was hardly any development. 'It looks as if the government wants to punish us for preventing the construction of the dam'. Echoes of similar sentiments are heard from the villages around NJH . . .

Even though there has been reports of the government having shelved the project, there have been no confirmatory official notes . . . The damage has already been done . . . People continue to live in a state of an unsure future for their land, culture and children . . .


I wish our country know about the struggles of such regions . . . There have been similar millions of countrymen who were unsuccessful in their struggle from being displaced . . .The oppression brought about on such people groups who do not have a voice fuels the country towards the so called term we call 'development' . . .  The stories continue today.
Posted by Jeevan at 6:25 PM