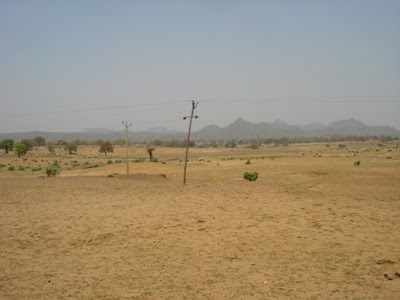 Last Wednesday, I was quite content that I would be able to sail through the day without being very busy. Wednesdays are usually quite light at NJH - the major reason being that it is market day in Satbarwa. Most of the local crowd would not be free enough to come to the hospital and there would be fewer vehicles available to bring in the patients as most of them would be eying the market crowds . . .

I would not go into details - but just a glimpse into each patient. We shall call them A, B, C and D - just to protect identities.

Patient A: A previous Cesarian, had been having pain since yesterday night. As she came in, we had a very alert Titus who ensured that the baby was delivered within forty minutes of the patient entering the hospital. It was impending rupture and the baby was quite sick.

Patient B: A very interesting case. Came with a history of seizures in a hospital at the nearby town. Urine albumin was 3+ and there was gross hematuria. We gave the option to go on to Ranchi. The baby was alive. We took her for Cesarian. The surgery was uneventful - but the mother became sick soon after. Went into respiratory failure and suffered a cardiac arrest and died. The baby although sick was doing well.

Patient C: If Aamir Khan knows about this, he could make SMJ Part 2 against the doctor community. But, then he'll have to pull few of the policy makers also. Patient C, a mother of 2 had been having labour pains since Monday afternoon. She was trying for a home delivery. Nothing happened till Tuesday morning, following which she was taken to the local Primary Health Centre. They were told that nothing much could be done and she was taken to a private practitioner who kept her till the evening. By around 4 pm yesterday, the relatives were told to take her to the district hospital. She was given one unit of blood . . .kept overnight. One more unit of blood was transfused today morning. By afternoon, she was told that she had some major problem.

She reached us by around 4 pm. The abdomen looked as it had ruptured.She was toxic.

There was nothing much we could do. The fact that she was mother to 2 girls made us take a decision to try to save her. Two of our staff donated blood.

Per-operatively, we knew that it was going to be tough. The blood was very dilute and the whole abdomen was stinking. On opening the uterus, there was a gush of toxic gases - it was like a little volcano bursting. One of the nurses went searching for eucalyptus oil which we keep for such occasions.

She was stable after surgery. However, we decided to keep her on the ventilator.

Although she made it till the next day, she suffered severe hypotension followed by cardiac arrest sometime during the afternoon. She was dead . . . most probably multiorgan failure secondary to severe sepsis.

Patient D: She came in as we finished operating on Patient D. A previous Cesarian section done at Garhwa couple of years back, the patient had been trying for a home delivery since early morning. It was almost quite late in the evening. She was visibly pale. And we needed blood. Clinically it looked rupture uterus.

Blood  came sometime past midnight. Again Nandamani had to be called in. It was a very bad rupture uterus. She has done fairly well so far.

So, on a unusually busy Wednesday we had 2 Dead Babies, 2 Dead Mothers - one of whose babies was alive although sick. The other 2 mothers could have also died. The 2 babies born alive were also born with low Apgar Scores. . .

Well, to nail the facts once more -

All the 4 patients came within an interval of 10 hours. All mismanaged elsewhere . . .

I wonder how long will this 'tamasha' will go on before sanity dawns on the policy makers and the government . . .
Posted by Jeevan at 4:45 PM