As part of our visit to the Koel Karo region of Khunti district, we happened to visit a mission hospital long closed down. As part of the 'Injot Project', we were exploring whether we could revive the same . . . Few snaps from the place . . . 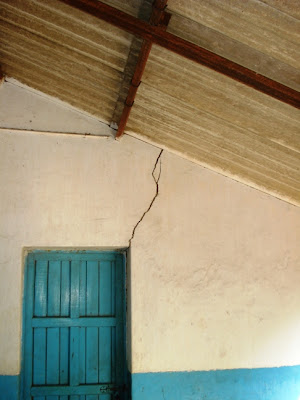 Well, mission hospitals had contributed quite a lot to Indian healthcare. Almost all of them were started by missionaries from abroad. I could not believe it when someone told me there were as many as 1500 similar hospitals functioning actively when the country got its' independence. It seems that there are only 150 now. And it includes hospitals which border on private hospitals in states like Kerala and Tamil Nadu . . .


Hospitals such as the one we visited seem to be just waiting for someone to say the last rites . . . It's depressing.

In the case of this place, there is so much a need for services in the region. The problem is with regard to personnel and funds.

I know quite a lot of the 150 hospitals especially those in the North of the country. Almost all of them run on resources which are limited both in terms of personnel and infrastructure.

As we talked to the office-bearers of the hospital committee, it was sad that they did not have much idea about the history of the place. We could trace records till 1997. After that, no one knows much . . . 15 years . . . and it has been languishing.