Quite a many public health experts think of a one time medical camp as a waste of resources. However, we get invited many a time by organizations to conduct medical camps in villages.

I usually oblige. The prime reason being that I need to have a very good relationship with the organisations who call us for these camps. The other reason being that many patients who need surgeries are identified and referred. However, experience says that very few of them turn up.

But, the major reason for going for a camp is that we doctors get a hang of what is happening in the communities only if we go for such camps.

Last week we had a medical camp was in a remote village in Chinia block of Garhwa district. 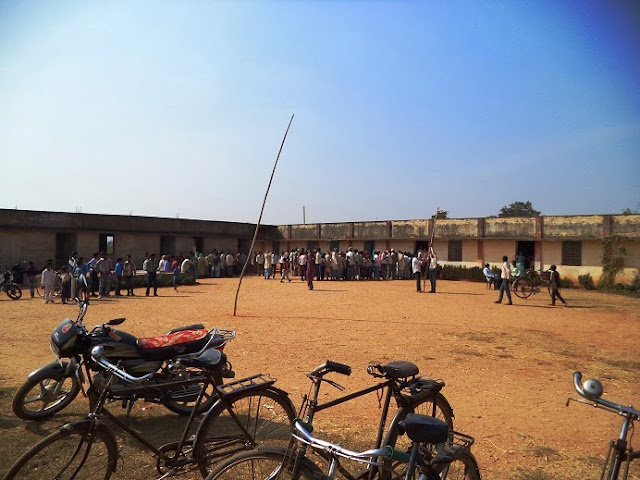 My quick notes about the place –

- The impoverishment of the area strikes you. There were only about a dozen people who had an average physique. Almost all the women were poorly built and nourished.

- There is a high incidence of hypertension. We calculated about 40 newly detected patients with high blood pressure in the crowd of about 400. 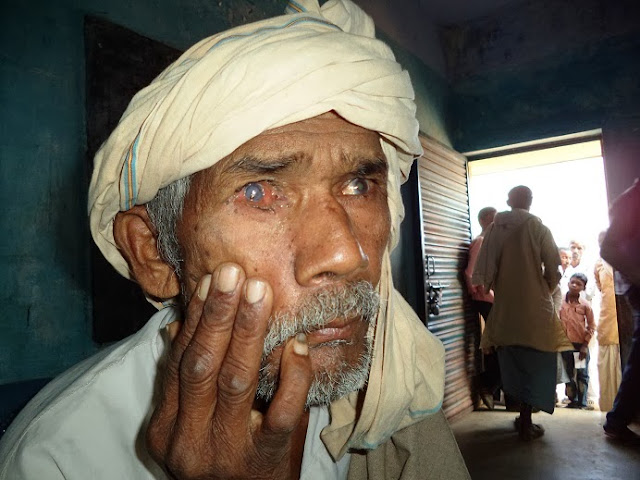 - There is a high incidence of cataracts. The fact that the elderly are quite disabled by cataract is comfortably ignored. Very few families were bothered about it. The attitude was that they are old anyway and therefore there is hardly a need to worry about their sight. They only want some medicine to be put and we found it difficult to convince the families that these elderly would benefit from a simple surgery. And we were doing it free. Of the 40 odd patients whom we referred, only one turned up for free surgery.

- Another striking aspect which was also seen in camps we did earlier was the high incidence of corneal opacities in the young. Most of them were secondary to trivial injuries to the eye.

Of the above, the most worrying . . . the relatively high incidence of hypertension in rural communities. With the amount of follow up that non-communicable diseases such as hypertension warrant, they could spell the death knell for quite a lot of our agrarian populations.

The quite a few number of strokes we get in NJH is good enough proof.

I wonder how serious we are about the morbidity and mortality that non-communicable diseases can do to agriculture economies . . .
Posted by Jeevan at 2:00 PM