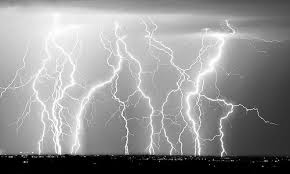 Yesterday, we had quite a crowd in our Labour Room. Over the last 5-6 months, we've had a fall in our Labour Room statistics. We presume that the fall has been due to the opening of multiple nursing homes and hospitals in the small towns from where patients usually came to NJH. Most of these hospitals are manned by nurses or junior doctors, but has names of consultants from the nearby cities on their rolls.

Of course, we still continue to have our share of eclampsia and rupture uteri. Yes, I've sort of stopping writing about them for some time. You can read the following posts which I had put up some time back about our high risk obstetric patients.

We continue to have such patients regularly, although I've not written about them of late.

However, I was quite surprised by yesterday's rush. We had 6 labour patients coming in of which we ended up managing 5 of them.

The first to arrive was SabD, a 32 year old G6P5L3D2 who had a Cesarian section to deliver her last child. She was in labour and had been trying to deliver at home. By God's grace, she had progressed to quite an extent. But her hemoglobin was only 8 gm%. Considering the prolonged labour, I offered to do an emergency Cesarian section if blood was arranged. The family went to arrive blood. However, the lady progressed well and delivered vaginally by late morning.

We were glad, but the family was downcast. The reason - - the baby was a girl and the family already had 3 girls, and no boy. They were expecting a male baby. I counselled them to do off a tubectomy, but the family nor the patient would have nothing of it.

The second patient was PrD, a 20 year old who was pregnant the third time. She had lost one baby earlier due to premature delivery and one was spontaneously aborted in the 2nd trimester.

To our horror, PrD was leaking for more than 2 days. She was being managed elsewhere, was told that everything is fine and was discharged. Soon after discharge, she started to have fever. The family thought of a second opinion. PrD had a hemoglobin of 9 gm% and she was in full blown sepsis - -  a total count of 40,000/cu mm. She was only 136 cms tall and on per vaginal examination, there was hardly any space along the pelvic outlet. We had to do a Cesarian.

The third patient was SanD, a 23 year old primi who had an uneventful labour and delivered normally.

The fourth patient was AnwD, a 20 year old G2P1D1, who had a previous LSCS, but no live issues. She had been trying to deliver at home since evening and had ended up with a rupture uterus. The rupture was quite a bad one and very uncharacteristic of previous Cesarian ruptures which usually occur only along the suture line.

Below is the snap of the rupture after the suturing was done. Since she has no issues, we have not done tubectomy. We pray that she will conceive and deliver a healthy baby later.

The fifth patient was RekD, a 25 year old, G2P1L1 with previous Cesarian section who came in with labour pains as we were doing surgery on PrD. According to her dates, she was only of 32 weeks gestation. The baby looked quite small and I thought of suppressing her labour. However, the pains just increased. We had told the relatives of the non-availability of specialist facilities should she deliver.

She did not respond to any of our treatment, but, almost after 6 hours of good pains, she was not progressing. There was a danger of going into rupture uterus. The doctor on duty thought of screening her by ultrasound and found that the baby was in fact term. Yes, the baby appeared to have low birth weight.

Off went RekD for Cesarian and she delivered a Low Birth Weight baby. RekD had a hemoglobin of only 7.8 gm%. She is yet to receive a blood transfusion.

There was one more patient - the sixth one who did not stay on with us. IikD, a 26 year old wife of a army jawan. The poor lady was leaking since the last 2 days. They were trying for a normal delivery at home. She was G3P2L2 with the first delivery done by Cesarian and the second one a home delivery !!!. Her husband wanted an assurance that we would ensure that she has a normal vaginal delivery.

I told him that that assurance cannot be given. The family went off in a huff with the jawan shouting all obscenities about the staff and the hospital. It was sad to see that an army jawan just not understand my reasoning and wanted to rather have his way without looking at the possible adverse outcomes.

Now, all except one patient were very very high risk obstetric patients.

In fact the 5 of the ladies who delivered yesterday, had lost a total of 4 babies earlier (5 if you include the present rupture uterus too).

As I mentioned in one of my previous posts, the status of obstetric care in the region is so bad that we've not still got into the process of looking at neonatal outcomes.

I'm proud that we've been entrusted by the UNICEF with the responsibility of supervising obstetric care in the district.

However, to do justice to this responsibility, I need more help. One of the major challenges we have is the unavailability of an obstetrician and pediatrician. And there is always the dangling sword of the Clinical Establishment Act and non-understanding officers who could stop us managing such patients in the near future.

Please spread word about the urgent need for consultants in the specialities of Obstetrics, Pediatrics and Anesthesia without which quite a number of hospitals such as ours would not be able to be the sort of blessing we are now to many a families. 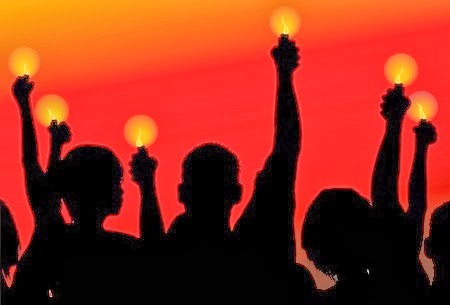