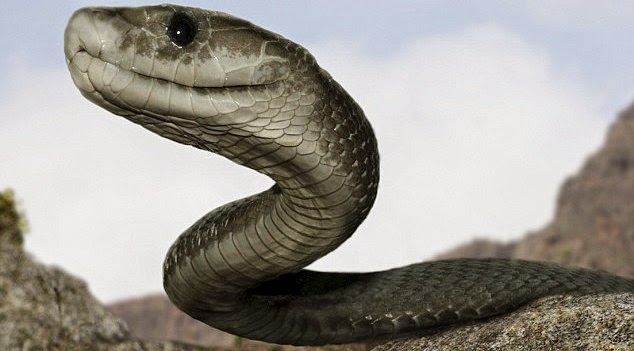 About a week back, we had a young lady of 16 years brought to Emergency Room in a supposedly comatose state after a snake had coiled around her leg. The patient alone had seen the snake and had told relatives before she became unconscious that the snake did not bite her.

There were no obvious bite marks and it was not difficult to come to a conclusion that she was well conscious although appearing a bit drowsy. She also seemed to have a ptosis which on careful examination was not there. The clotting time was normal.

The only issue was a low blood pressure reading of 80/40 mm Hg. We gave her some intravenous fluids and she did not respond to that. And we concluded that this was her normal blood pressure. Later, we found out that there were problems in her family and we diagnosed her as having an acute conversion reaction – a psychological response to difficult situations.

We gave her a small dose of anti-depressant. However, she did not seem to do fine. She continued to remain drowsy. She could communicate when we called her. She could even walk to the toilet without help. She also narrated to us that she was taking some ayurvedic drugs for her psychological condition.

The next day being a Sunday, we could do any investigations. Her condition remained the same.

On Monday, we sent a battery of tests – complete blood count, liver function and renal function.

Her total count came as 1200/cu mm with a predominant lymphocyte picture. Hemoglobin and platelets were normal. The liver and renal function also came as normal.

There were only two major things that we were looking at – either a blood dysgracia most probably secondary to her ayurvedic medications or a haematological malignancy.

We referred her to a higher centre.

This is the second time that I’ve come across a suspected snake bite being diagnosed with something else more serious. The previous time was 4 years back at NJH, when we diagnosed disseminated tuberculosis in a patient who came with an unknown bite.
Posted by Jeevan at 7:50 AM