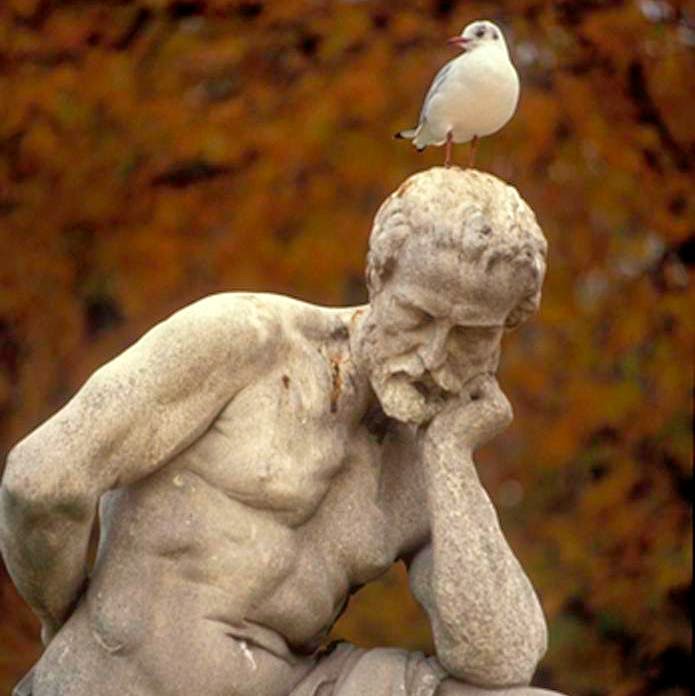 About a week back, we had a 65 year old man come to outpatient with a history of breathlessness since the last 6 months which increased over the last 2 days. He was so breathless that he could not lie down and it was obvious that he had not had a good sleep since some time. He had a saturation of about 10% which increased to 85% with 5 litres of oxygen.

He was quite confused and made quite a scene on the first day of admission.

On examination, he had bilateral fine crepitations in his chest with a decreased air entry on the right side and other features suggestive of a right sides pleural effusion. On Chest X-Ray, he had right sided pleural effusion and later ultrasound revealed ascites too in addition to dilated portal vein.

We did a pleural tap results of which are –
Total count: 4752 cells
Differential count: L99P1. There were occasional atypical cells with hyperchromatic eccentric
nucleus and blue cytoplasm. ? Plasma cells
Protein: 2.1 gm%
Sugar: 101 mg%

The ascetic fluid was not that much to do a tap.

We treated him with antibiotics and diuretics. He did not have fever and he’s slept well.

He is too poor to go any further. The question is about his further management. We would have liked to do a bone marrow, which we do not have facilities for . . .