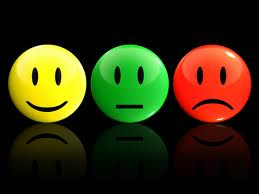 Last week, we had 2 patients come in with very bad eclampsia. We managed one very much pro-actively whereas the other we could not do much as her blood parameters were already quite bad. The first made it and the latter died within 4 hours of arrival to the hospital.

SD, had suddenly thrown off fits sometime mid-morning and had come through couple of other hospitals before she landed up here. SD was very sick - her bladder was empty - rather there was some amount of darkish red fluid coming in the urobag, her creatinine levels elevated, Glasgow Coma Scale of 3 and Platelet Count of 59,000. And the baby was dead. And the birth canal was tightly closed.

I was in a half mind to operate but the low platelets prevented me. The fact that operating rooms were not free made the decision easier. Unfortunately, she had a cardiac arrest sometime late evening and we could not resuscitate her. She was dead.

However, there was another patient, UD couple of days before SD arrived. In fact, when SD had arrived, we showed UD who was on the adjoining bed.

UD came to us after having been to couple of hospitals. She also came sometime late evening. We had done an emergency Cesarian to deliver a pair of undiagnosed twins. Both the babies were sick initially, but recovered over couple of days. UD had been having seizures over the whole day before she reached here. To make matters worse, when UD came in, she had a Glasgow Coma Scale of 3 and suffered a respiratory arrest in the labour room.

We got her intubated and shifted her to Acute Care. After some amount of mechanical ventilation, we took a decision to do a Cesarian and deliver the baby.

After the Cesarian, we were surprised to find out that she could be easily weaned out of the ventilator - but later found out that she had developed a focal neurological deficit - a left side lower limb hemiplegia which has since improved.

We never expected UD nor SD to make it. We sometimes wonder what was the difference between the 2 ladies. Regarding SD, the facts that stood against her was the overt edema, sudden onset of symptoms, total renal shutdown and thrombocytopenia. UD did not have edema and all her blood parameters were normal. The blood pressure was high with a Urine Albumin of 3+.

Now, the saddest part of the whole narration. UD's relatives were very upset with us after the surgery. The twins turned out to be girls. And UD already had a little girl of 3 years at home. After UD had become fully conscious, she was also psyched out by one of her relatives for her 3 children being girls . . .We had a tough time convincing UD that it is perfectly fine to have 3 girls and is possible to bring them up to be responsible citizens of the country . . . However, she is going to have a tough time doing that . . . I feel happy that the 3 girls will have their mother to be with them alive and well and raising them . . . I wonder, whether the family agrees with me . . . They may have wished that the mother and 2 girl babies had died rather than lived . . . How sad ? ? ? Most probably, UD will be under pressure to have one more baby . . . to try to get a boy . . .
Posted by Jeevan at 5:00 AM