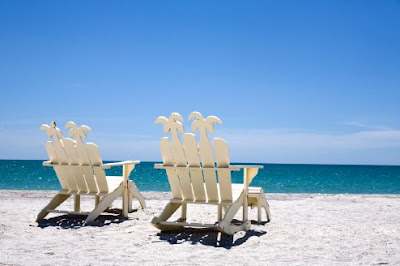 It has been about 10 days since I left for a short vacation. Something waited for after all the busy times we had been having at my place of work. It is almost one year since I seriously started to blog . . .  and the rewards have been multiple. There are enough happening at my workplace that I've unusual things to write about almost every weekend.

In the process of trying to find a wider audience for my writing . . . I ended up writing a bit more than an average blogger. My dear wife has already started to call me an 'internet addict'. However, when I got a announcement for a contest from The Lakme group through Indiblogger, I just could not resist the urge to put in one more post.

And more the reason to put it as I had observed one of my very high risk patients who somehow pulled through a difficult childbirth put makeup on her face in the ward and my colleague made a passing comment on how better things would have been if she, rather her family had taken the same care during her antenatal period with regard to her health. I've not much a clue about all the different cosmetics available to get ones face made up. But, oh my, that pretty lass had a little cute box full of all those . . .

I had been wondering on how to combat maternal mortality and near maternal misses . . . I deal with them so many a time.

I had a very much relaxed time over the last 10 days. . . Well, I would like to take Kyra back with me to the place and ask her to give me ideas on how to improve maternal health in the region.

Statistics say that India accounts for 20% of the world's total maternal mortality. Do remember mothers die young . . .and many a time leaving children orphans.Well, one aspect which maternal mortality does not represent is the untold suffering, which we call 'morbidity', which many a woman undergoes during the physiological process of giving birth.

Couple of major causes of maternal mortality in NJH is Eclampsia and Obstructed Labour, both of which can be prevented and easily managed. I have had many experiences of husbands and fathers showing me the snaps of their dead wife or daughter after the tragedy of a maternal death. Most of them took a late decision to bring the patient to the hospital even after realizing that there is some problem with the delivery.

Pretty, painted, dainty faces . . . lost in a ethereal bliss . . .stare back at me. It is difficult to imagine that those are the faces of the same young lady, whose life I had been trying to save couple of hours back.Faces twisted and contorted . . . swollen feet . . .and stiff abdomens . . . dark circles around the eyes . . . exhausted beyond imagination . . . having lost the desire to live . . .

In fact, I started to blog determined to bring the untold stories of these women out into the open. The first 3 women about whom I posted epitomized the challenges maternal care faces in this country.

However, with relation to the cosmetics - I wondered if there is a paradox in the whole affair.

As I looked at the family snaps of many of our patients who died - I used to wonder at the pain that each of them might have taken to make themselves look pretty rather presentable to the outside world and be the pride of their parents and husband. But, when it came to antenatal care - they seemed hardly bothered . . .


I had patients who never had even a single antenatal check up . . . another lady who in fact of being a care-provider in her village, failed to recognize danger signs of her own pregnancy and paid it with her life. . . . Sometimes, things are beyond our control . . . Sometimes, I've wondered if the brightly painted lips camouflage the anemia which also accounts for maternal deaths . . .  I can go on and on . . .

What I would like Kyra to do is to come along with me to the place where I work . . . She has been quite successful in promoting beauty enhancing products all around the world. . . Maybe she can explore on how to use her skills to bringing down maternal mortality and morbidity in places such as ours . . .I heard from my colleagues that while I was away on vacation, there were 2 maternal deaths . . .

Maternal healthcare is only the tip of the iceberg of problems we deal with. One more facet of life in NJH which we would expect from Kyra is for expert suggestions on how to tackle the issue of preference of boys over girls so much to an extent that my clients end up killing girl babies expecting to get boy babies . . .

Of course, Kyra can take her cosmetic kit containing the range of Lakme products along as it would help her bond fast with the young women and their caregivers. 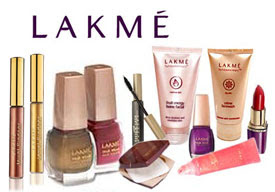