Today (Friday, 3rd February) morning has been very taxing. I had decided quite beforehand that we needed to take a firm decision on continuing PD on the ventilator. The previous day, she went into status epilepsy and we had to really drug her and she was slowly slipping into multiorgan failure. The relatives tried their best to get an ambulance with a ventilator to transfer her to Ranchi but to no avail.
As I arrived in acute care, PD's brother had made up his mind to take her by manually ventilating her all the way to Ranchi. I could not convince him that nothing more may happen considering the long time she has been in ventilator and the signs of multiorgan failure which was becoming very obvious. As I started writing the referral letter, I noticed that PD's heart rate had suddenly started to dip. I rushed in just to realise that she was going into a cardiac arrest. We started cardiac resuscitation.
After about 10 minutes of resuscitation, her heartbeat was back - but she had a very high blood pressure. And she started to have seizures. I looked at the pupils to notice anisocoria. It was not there in the morning when I had reassessed her. We realised that we were losing PD. Within the next 15 minutes, she suffered one more cardiac arrest and she did not respond to any more resuscitation. PD was declared dead. It was heart-wrenching to realise that 4 girls aging 10 years and below would not have a mother in their lives anymore.
The total bill had come to about Rs. 70,000. The family paid about 30,000. And that was our first maternal death of the year . . . 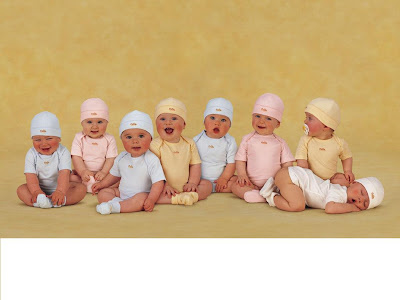 Later, as I sat in my office, I enquired about one of the babies that was born last week by emergency cesarian section who had multiple deformities. I was given the impression that the baby would be taken by the parents to a higher centre in Ranchi for further evaluation. From our side, we had realised that the baby had an imperforate anus - rather a rectourethral fistula, talipes valgus, a tracheo-oesophagal fistula with a blind esophagus among few more minor problems.
The father came to me  in no time and explained that the family was trying to get finances to take the baby to Ranchi. I explained that we cannot keep the baby longer. As I discussed, my thoughts turned to the fact that maybe they were not interested in the baby. So, I suggested adoption. Encouraged by the response of one of my colleagues and dear friend, I started to dream that maybe, we could find someone similar who could care for this little boy. . .


However, the family has all along maintained that they would take the baby sometime. . .


Well, before I sign off . . . I need to tell about the delivery I had today morning. . . PD, a 3rd gravida with no live issues - both of the previous babies dying during childbirth. To complicate matters, PD had been quite regular on her antenatal check ups - and there were enough problems - TORCH test positive for Cytomegalovirus and Herpes Simplex, Intrauterine growth retardation and a breech presentation. . . .


We had begged the relatives to take her to a tertiary centre at Ranchi. They did not relent. PD turned up with quite good contractions and bleeding per vagina. I took her in for Cesarian section and I had a tough time. She was blessed with a 2 kg boy baby . . . The relatives were delighted. . . And within no time, the relatives had decided to take the baby for a second opinion in Ranchi . . . I wondered if they would have done the same if the baby was a girl. . .
Posted by Jeevan at 6:25 PM