Last week, when we were invited for participating in the block development festival at Satbarwa Block Office, I realized that as a healthcare institution we did not have much of any display material on health and diseases.
The only model which we had was a cross section of a female abdomen showing an almost term baby in the uterus. And oh my . . . what a crowd we had just to see that model. I counted at least 20 people taking photographs of the same using their mobile cameras. 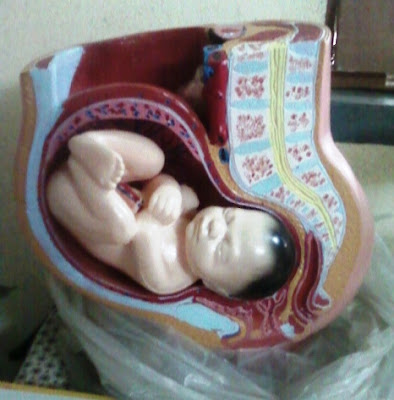 And I felt sad that we did not have anything more to show other than few display charts on malaria, tuberculosis and nutrition. There were few charts in the nursing school, but they were in quite a poor shape to warrant a public display . . . 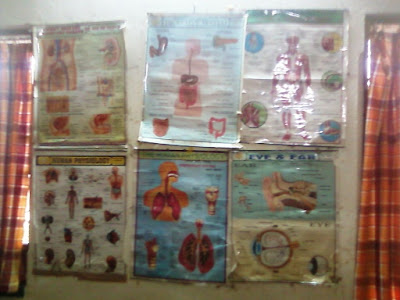 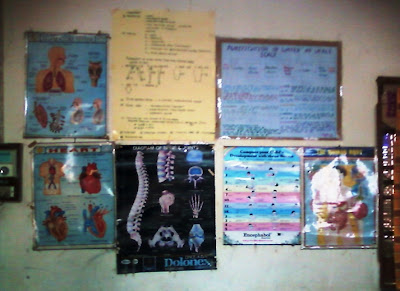 I remembered my days in Kerala when it was common for us to have regular road shows and the nearby medical school putting up a show of quite a lot of their specimen, models and charts. And later, when I joined medical school, it was quite a common thing for us to go and volunteer in these exhibitions.
And when I interacted with my colleagues who came from medical schools around here, nobody could remember about a similar thing happening here.
As I sat contemplating on planning to develop a museum of some sort, it was quite surprising when I received a catalogue of healthcare related models and charts.
The catalogue was quite a good one. . . There were quite large charts and models on almost all the topics which we deal with quite regularly. Tuberculosis, complicated obstetrics, eye problems, malnutrition . . . almost all of them . . .
Now, as in most of the cases in institutions such as ours, the discouraging aspect is the cost involved. However, considering the support I've been receiving from friends and well wishers, I have decided to put this as a post and request for help. . .
I'm sure this would go a long way in helping us to promote health and prevent diseases within our target populations and put up better shows in events such as the block development festival in the future. More than that, with a nursing school as well as the regular continuing medical and nursing education sessions that we have been having, it would be a major asset to the institution . . . .
Posted by Jeevan at 5:03 PM