I was prompted to write this blog after few minutes I gave to one of the pharmaceutical representatives to 'educate' me. I was amazed at the audacity of the efforts being taken by these representatives of the pharmaceutical industries, small and big, to go to any extent to promote their medicines. Well, what did this fellow had to offer me rather insisting that I store it in our pharmacy? 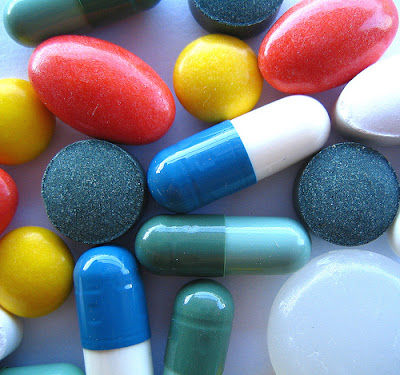 The antibiotic called 'Linezolid'. I have only read about it. Has never seen it, forget about using it. I remember to have read about it being used as a last resort. Later, Dr Titus enlightened me about it being used in MRSA. It was appalling. This fellow wanted me to try it out for patients who do not respond to routine antibiotics. And, if I'm not mistaken, one is not supposed to use it without a culture and sensitivity test.

There is no point crying over antibiotic misuse if we can allow unscrupulous pharmaceutical companies to market their products in this manner. Many of the people in the leadership level may be great men of integrity, but things are quite different in the grassroot level.

2 incidents which I should narrate. Both told to me by acquaintances few years back who had worked earlier in the pharmaceutical industry. The first one was about this guy who used to tell me about training sessions that he used to undergo as he prepared for a career in pharmaceutical promotion. The first 90% of the time was spent on learning all the merits of the company and the technical details of the popular drugs which the company produced. The next 10% involved discussions with some of the most successful representatives of the company and the ways and means to 'trap' leading clinicians into prescribing 'our brands'. He left the profession as he did not fit in.

The second one was about this guy whose wife was suffering was terminal cancer. He was invited to a gala dinner by his colleagues and it turned out to be celebration party for achieving year end target of the same anti-cancer drug which his wife was on. You can imagine his predicament.

Fast forward to a meeting I had with an organisation who provides drugs to not for profit hospitals in Ranchi last week. The staff of this group was explaining to me about the difficulty in getting medicines which are under the Essential Drug List of the government. The reason - there is a drug price control on such medicines, and therefore nobody was interested in neither manufacturing, marketing or purchasing this medicine.

And that is true. When, I took over NJH, it was surprising to find that there was no thiazide diuretics readily available. The store keeper informed me that it was too difficult to obtain from the market. Can you imagine that? The first line of management in uncomplicated and few types of complicated hypertension was difficult to obtain in the market. But, it was quite easy to get the costlier forms of antihypertensive medication. Losartan, telmisartan, ramipril etc. are quite easy to obtain. And you won't believe - it remains the same. I raised this issue with one of our major supplier. He asked me, 'Sir, why are you so interested in thiazide? It hardly brings you any margin'.

I was told that one of the best pre-operative antibiotics in clean cases is Injection Cefazolin. I have not yet found a supplier who could get it for me. I was surprised when one supplier told me that he was finding it difficult to provide 'Hyoscine butylbromide' - popularly called Buscopan. He could give me a combination medication which contains an unethical combination of dicyclomine and diazepam. 'Works the same as buscopan' according to my 'tutor'.

I'm not sure how long we should be mere spectators to this sort of machinations of the pharmaceutical industry. I'm sure that somewhere the government needs to step in and ensure that medicines which are there  in the essential drug list are easily available in the market. However, that does not absolve the clinical care community from taking strong ethical stands regarding prescription of medicines in defiance of the arm twisting and lucrative deals from the pharmaceutical industry. . .
Posted by Jeevan at 11:27 PM