Fascination for the 'phoren'

Its been 10 days today . . . Today morning, we were reviewing how the whole thing was going as today was the last day for registration for this special scheme. The patient response has been very good.

However, what my ophthalmologist told me was baffling. Very few people wanted to do the surgery under the reduced rate or under the Rashtriya Swasthya Bima Yojana. The reason . . . Almost all the patients wanted to put an imported lens. We had taken a decision that we would only use a intraocular lens made in India unless someone asked specifically for an imported lens, for which normal rates would be applicable . . .

But, after all the developments that we have had in our country, folk prefer to have an imported intraocular lens . . . As far as I understand, India produces intraocular lens which are as good as imported lens . . . I hope to hear from ophthalmologists who differ . . . 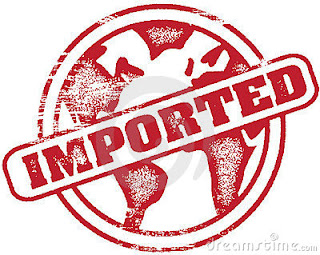 For all the swadeshi movement stalwarts . . . isn't it intriguing that our countrymen still prefer foreign goods even when we produce quite a lot of stuff which are commonly used.

Well, I don't think the village folk here are exceptions . . . I remember how my folk back home used to flash imported saris. It was quite later that I realised that how come there are saris made abroad when the sari was an Indian dress.

Many of us would really like to get imported chocolates, pens etc as gifts. So, I don't find anything wrong about preferring imported things . . .

But, do remember, we in India produce stuff which are quite good to compete with those made abroad . . . And when it came to healthcare, I do not think that things like intraocular lens made abroad are any better than Indian made ones . . . Hope that we could feel proud of things that are produced in India . . . 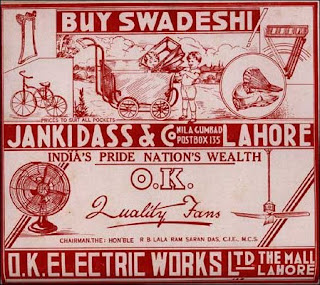