This young man came to us couple of days back. The history was baffling . . .

Any guesses on what had happened . . . 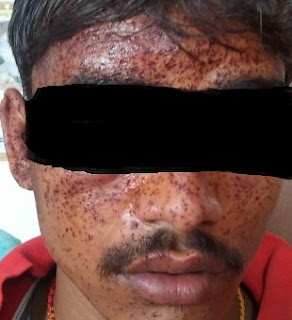 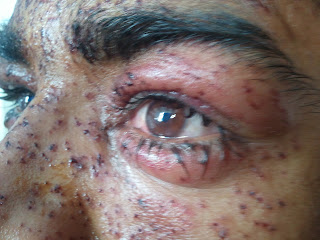 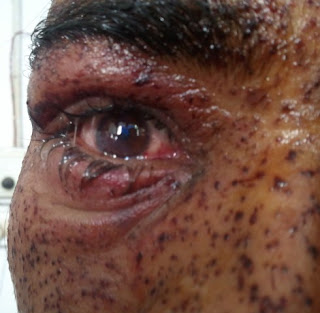 Scroll down to find out the history . . .


The young man was shot point blank. His assailants thought that the bullet had gone through his head and left him for dead. Most probably, the bullet had exploded inside the pistol. The sound and the shock could have made him unconscious. The exploding bullet would have produced splinters which has left his face including his eyes burnt. . . Another explanation is that he may have turned his head away at the last moment, the bullet missed its target and the explosion within the gun sent splinters which burnt his face. . . Comments from ballistic experts are invited . . .

As for the really lucky fellow, we referred him to a higher centre as we were not sure about how badly his eyes were affected. His hearing appears to be normal . . . But he was in sort of a daze . . .
Posted by Jeevan at 10:17 PM