Maternal Death . . . The second one

I came from Ranchi after a meeting on Maternal Mortality . . . I made a promise of writing up about all the maternal deaths I come across. Something that I'm seriously thinking about doing is to find out maternal deaths which occur in the community through our volunteers who are involved in other projects through NJH. Who knows . . . we may come up with quite a lot of revelations.

It was not even an hour after I had arrived, when a patient was brought dead to casualty. She was pregnant. It was busy otherwise. So, not much of a thought was given and relatives took the body home.

Later, today morning, Johnson called me up to say that the dead pregnant lady had come from Piprakala, one of our neighbouring villages. It's a shame. 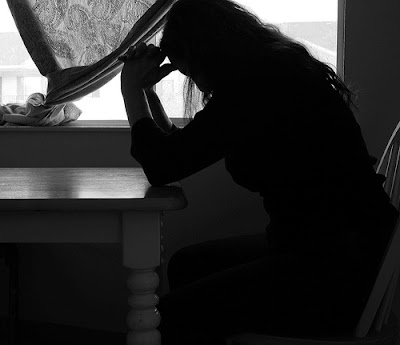 Sometime around mid-day, there was one more very sick pregnant lady who was brought in. There was nothing much to do. She was gasping. Titus told them to go ahead to Ranchi . . . which they really agreed for.

But, the relatives made a beeline to my office and was soon pleading to do the best that we could. I was caught up with work, but somehow made to Acute Care.

MD looked hardly 20. She was puffing and huffing. Papery white, with a tint of yellow. There could be only one diagnosis. . . Malaria.

I explained everything to the relatives. We had to get her ventilated. She could collapse any minute. We got a sample of blood for the baselines. And had her hooked to the ventilator in no time. Then, she suffered a cardiac arrest. . . we got her heart working. From the look of her eyes, it was obvious that it was going to be tough. Tough it was as she got into another cardiac arrest. . . And her pupils had started to become unequal.

Meanwhile the results from the lab came in. Platelets of 14,000/cu mm. And 90% of her Red Blood Cells infested with Plasmodium Falciparum.

We declared her clinically dead at 2:30 pm, about 2 hours after she had come in.

She was being treated elsewhere for the last 3 days. . . Nobody had diagnosed malaria. I wonder how even a quack would have missed out on the diagnosis.

Thoughts on this maternal death . . .

- A failure to diagnose malaria. She had been to hospital, but the malaria smear is put as negative.
- Who knows she may have been treated with anti-malarials. It is very difficult to imagine quacks not giving anti-malarials in fever cases. Maybe, we are having resistant cases.

Talking about malaria, we are having quite a number of fever patients coming in. As we had suspected last year, we still have a hunch that it's not only malaria that we are dealing with.

Well, today afternoon I plan to visit the house of the lady who was brought in dead. Shall put up a post as soon as we come back. . .
Posted by Jeevan at 6:17 AM